‘These are our local heroes’ 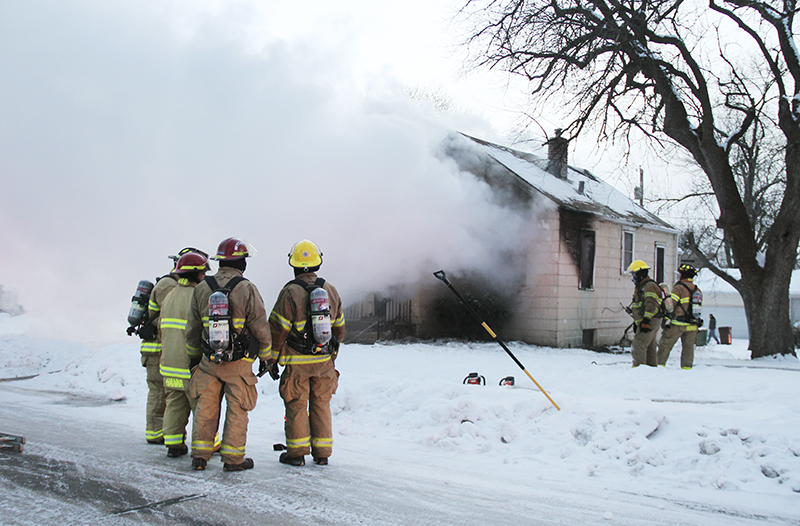 Firefighters have a higher chance of developing cancer than the general population, according to a National Institute of Occupational Safety and Health study.

A local representative is authoring legislation to address that issue.

Legislation introduced Thursday authored by District 27A Rep. Peggy Bennett, R-Albert Lea, includes the creation of a state registry for firefighters with cancer.

Bennett said the registry will enable researchers to conduct focused research on cancer incidences among firefighters to improve safety precautions and safety protocols for firefighters, in the hopes of reducing cancer rates. 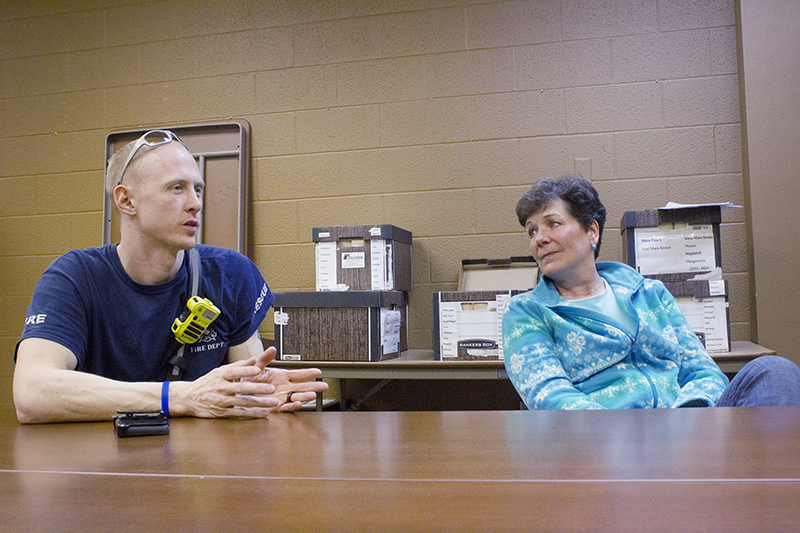 Under the legislation, the commissioner of health will establish and maintain a voluntary patient registry to collect data on cancer cases among firefighters to monitor cancer rates and to collect, consolidate, store and make public epidemiological information related to cancer trends among firefighters. Firefighters would be kept anonymous in the survey.

A federal bill that also creates a cancer registry has been introduced, as well.

Boss and Laskowske have since returned to work following treatments, but Johnson died in October.

The legislation is meant to address an occupational safety and health report that found firefighters are at an increased risk of malignant mesothelioma, lung cancer and leukemia, among other forms of cancer.

The increased incidence of cancer among firefighters has been attributed to firefighters’ exposure to substances such as asbestos, lead, and gases and fumes when responding to calls.

“We know there are things caused by firefighting, by the job, so this is to collect data,” Bennett said.

“These are our local heroes. I look at them as heroes,” she said. “They are the ones who are putting their lives on the line to protect our lives and our property, and to see this happening to them — that’s heartbreaking.”

Boss, 33, was diagnosed with Stage 4 Ewing’s sarcoma in December 2014 and returned to full-time work in October 2015.

Laskowske, 36, was diagnosed with testicular cancer in February 2016. He had surgery in July and returned to work after 1 1/2 to 2 months.

Boss and Laskowske could not say if their incidences of cancer were caused by firefighting, as both men said they were denied workers’ compensation because they could not prove their cancer diagnoses were caused by their jobs. 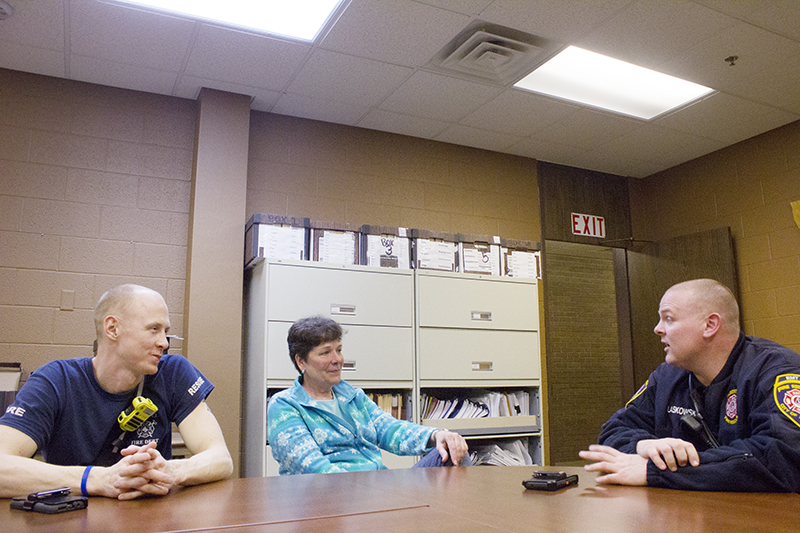 Bennett is working on legislation with District 13A Rep. Jeff Howe, R-Rockville, that would allow for more firefighters who suffer from cancer caused by firefighting to have coverage under workers’ compensation. Bennett also wants to address training to prevent cancer.

She said the legislation is meant to make more people aware of the dangers firefighters face to prevent future cancer diagnoses.

Laskowske said Bennett’s legislation would give a clearer perspective on the prevalence of cancer among firefighters. He thanked Bennett for authoring the bill.

The Albert Lea Fire Department has taken to steps to prevent cancer on its own.

Awareness signs have been placed at the station to prevent possible cancer cases — the importance of showering quickly and cleaning up following calls is being stressed.

Gear is being washed differently and more frequently. An exhaust system has also been installed that prevents the spread of carcinogens, and fire wipes are being used.

Though firefighters face an increased risk of cancer, Boss and Laskowske said they enjoy their jobs, but stressed that awareness is important.

“Being there to help people and help protect your community … been doing it so long, it’s kind of hard to get away from it,” Boss said. “Help protect other firefighters around the state, and help them be aware of it … it can happen any time.”

“Once you’re in, you don’t ever want to get out,” Laskowske said. “You love it too much. It’s one of those jobs that even if you got something that’s kind of a crappy deal (or) you don’t like it — it’s still the best job in the world.”