Funeral services for Vickie Lil Seul of Albert Lea will be at 11 a.m. Friday at St. Theodore Catholic Church in Albert Lea. The Rev. Russell Scepaniak will officiate. Visitation will be from 4 to 8 p.m. Thursday at Bonnerup Funeral Service and one hour prior to the service at the church. Interment will be in Hillcrest Cemetery in Albert Lea. 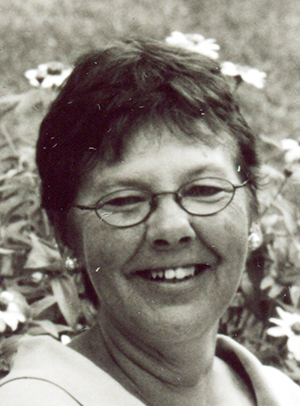 Vickie was born May 24, 1951, in Austin, the daughter of Vernon and Anita (Johnson) Wood. She graduated from Albert Lea High School and Riverland Community College. She was united in marriage to Stephen Seul on Sept. 18, 1971, in Albert Lea.

Vickie was a member of St. Theodore Catholic Church, Women of the Moose in Albert Lea and Supper Skippers on Tuesdays. She touched the lives of many customers in her 33 years of service with Hy-Vee and participated in numerous cancer activities over the past 10 years. In her free time she enjoyed camping, golfing, bowling, gardening and crafts, which were special gifts received by many. Grandchildren always played a special part in her life.

She was preceded in death by her father, Vernon Wood; grandparents John and Lilian Wood and Weldon and Cylvia Johnson; and father- and mother-in-law Henry and Mary Seul.

In lieu of flowers memorials can be made to the American Cancer Society.