Wayne H. Offenhauser, 78, of Elysian was in the arms of Jesus, holding God’s hand and surrounded by loving family members when he passed away Tuesday, Feb. 7, 2017, at Mayo Clinic Health System in Mankato. 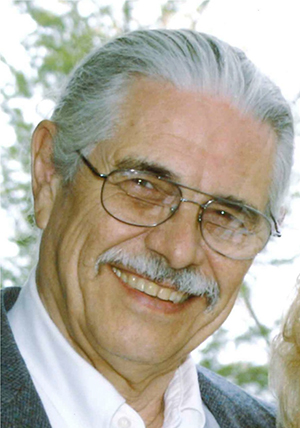 Funeral services will be at 11 a.m. Saturday at Trinity Lutheran Church in Smiths Mill. The Rev. Keith Bilitz will officiate. Visitation will be from 4 to 8 p.m. Friday at Le Center Funeral Home and also one hour prior to the service at the church. Interment with military honors will be in Hillcrest Cemetery in Albert Lea.

Wayne was born March 15, 1938, in Albert Lea to Lawrence and Myrtle (Jenson) Offenhauser. He graduated from Albert Lea High School in 1956. His military career began in April 1955 when he enlisted in the U.S. Army reserves. In February 1959, Wayne was released from the Army and enlisted in the U.S. Navy, serving on active duty for eight years. He continued his military service in the reserves for an additional 16 years. Following active military duty, he was employed at 3M Company in Maplewood for 29 years before retiring in 1996.

Wayne and Jane did a lot of traveling together. Wayne also loved to dance, play Pfeiffer, pontoon rides, dinner cruises and most of all spending time with his family and friends. He always had a very good sense of humor and loved his wife and children very much.

He was a member of Post 108 Le Center Legion, and Smith Mills Trinity Lutheran Church.

He was preceded in death by his first wife, Sharon; and his parents.