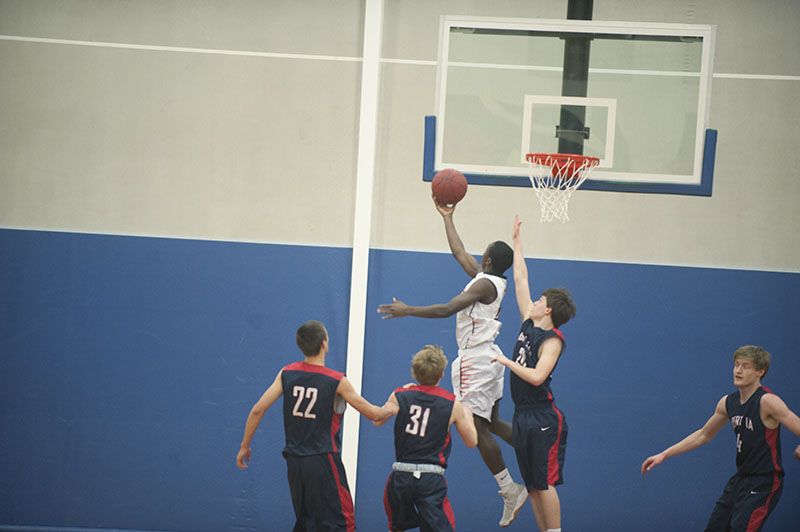 The Winona Winhawks scored 57 points in the first half and didn’t look back when facing Albert Lea in boys’ basketball on Tuesday night.

The offensive explosion in the first half led the Winhawks to their ninth win of the year, beating the Tigers, 83-49.

Albert Lea fell behind 10-0 in the opening minutes. Jack Buendorf got the Tigers on the board with two straight hoops to make it 16-4.

But the Winhawks found their groove, thanks to junior Dakota Matthees, who buried seven three-pointers in the game. 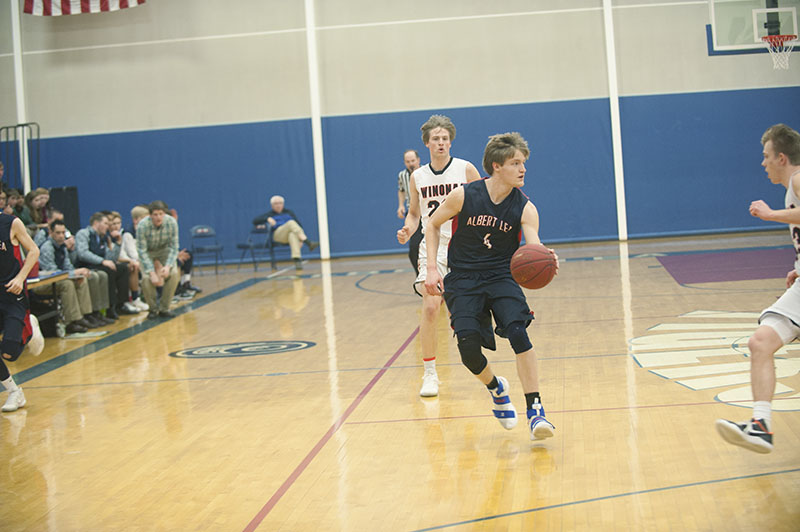 Albert Lea’s Jack Buendorf brings the ball up the court in the first during Tuesday’s game against Winona.

Three of those came in the 57-point first half.

Tanner Wichmann responded with a three-pointer to make it 42-17.

With the win, Winona sweeps the season series with Albert Lea.

Albert Lea will begin a three-game road trip that starts in Faribault on Friday.