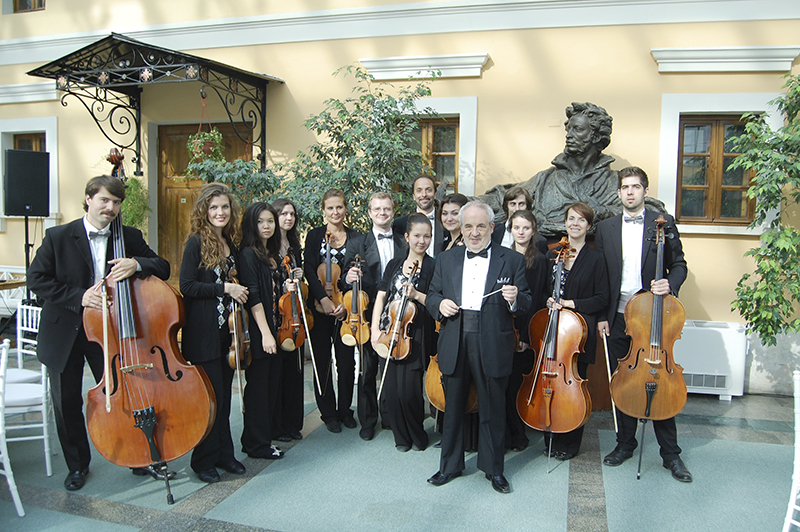 Chamber Orchestra Kremlin, an ensemble featuring 14 of the finest young musicians in Moscow, will perform Sunday as part of the Albert Lea Civic Music Series.

The performance begins at 4 p.m. in the Albert Lea High School auditorium.

The group has a large and devoted following in Russia and several countries throughout the world.

Founded in 1991, the orchestra did its last major Midwest concert tour in spring 2003. During the concert in Albert Lea, there will be an option for the audience to choose which concert selections they would prefer to hear, as well as which member will solo that evening.

Admission to the series of five concerts is by season ticket only. The fee for the season is $45 per adult, $15 per student and $95 per family.

The open house for the K-12 Albert Lea All-Student Art Exhibit will be from 1 to 4 p.m. Sunday at Northbridge Mall.

At least 800 artworks from students from Albert Lea Area Schools and St. Theodore Catholic School will be shown.

The event is sponsored by The Albert Lea Art Center.

A food drive for the Albert Lea Salvation Army will be on Saturday at the Eagles Club.

People are invited to drop off nonperishable for items or cash donations at the Eagles Club at any time — day or night. All donations will go to the Salvation Army food shelf.

Lunch will be served from 11:30 a.m. to 2 p.m., and dinner will begin at 5:30 p.m. Food items such as burgers, pork tenderloin, chicken, fish, onion rings and fries will be available.

A fundraiser breakfast featuring Denny Brue’s pancakes will be from 8 a.m. to 1 p.m. at Bayview/Freeborn Funeral Home.

The event is a fundraiser for Senior Resources.

In addition to pancakes, the menu includes sausage, eggs, juice and coffee.

Suggest donation is $8, though additional donations will be accepted.