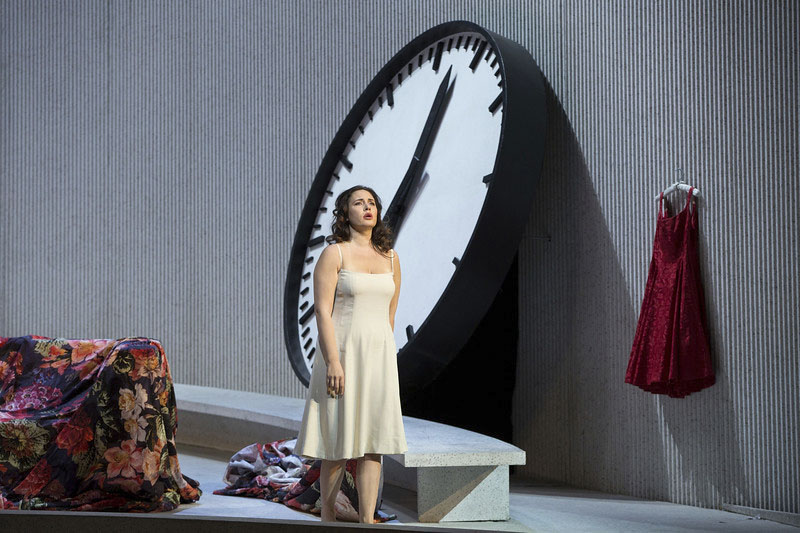 Written in 1853, “La Traviata” is one of Verdi’s most popular operas with several tunes known to all.

The story surrounds Violetta, a courtesan who has recently recovered from an illness, according to a press release. Alfredo declares his love to her, but she rejects his advances. Secretly, she is impressed with him.

Soon they are in love, but Alfredo’s father, Giorgio Germont, demands that Violetta break up with Alfredo. She loves Alfredo, but because of her former life, she will give him up.

Months pass, and Violetta has taken up with a baron. Alfredo humiliates her at a party because he is still in love with her.

Time passes, and Violetta is dying of tuberculosis and is waiting for Alfredo to come to her. He arrives, telling her all will be fine, but Violetta collapses and dies.

The live transmission runs about two hours and 33 minutes with one intermission. It is sung in Italian with English subtitles.

Tickets are $20 each, or people can purchase a five-opera flex pass for $90. Students who show their student ID will receive a free ticket courtesy of the Robert and Margaret Myers family.

Alden-Conger Public School District students will perform “Annie” this weekend at the school.

The show will feature approximately 50 cast members with 15 crew members working behind the scenes.

“Annie” is the story of an orphan who lives in an orphanage run by the dreadful Miss Hannigan. Hoping to escape to a better life, the orphan hides in the laundry to venture out to find her real parents. Her trip is cut short, yet her stay at the orphanage is short-lived. At the invitation of a woman who visits the institution, Annie is swept off to the home of billionaire Oliver Warbucks. Warbucks was expecting a boy and is disappointed at first, but he soon warms up to the child and she slowly works her way into his heart.

Admission is $6 for adults and $4 for students and senior citizens.

An omelette breakfast fundraiser for Morin Lake Days will take place from 9 a.m. to 1 p.m. Sunday in the Alden-Conger School cafeteria.

Takeout is available upon request.

A new art exhibit titled “Rebirth — Out of the Ashes” will be open at the Freeborn County Arts Initiative, 224 S. Broadway.

The exhibit features the work of artist Michelle Kaisersatt and will be open through April 22.

The gallery is open from 1 to 4 p.m. Friday and Saturday or by appointment.

The performances begin at 7:30 p.m. both nights.