A.L. women ‘save and rescue’ furniture 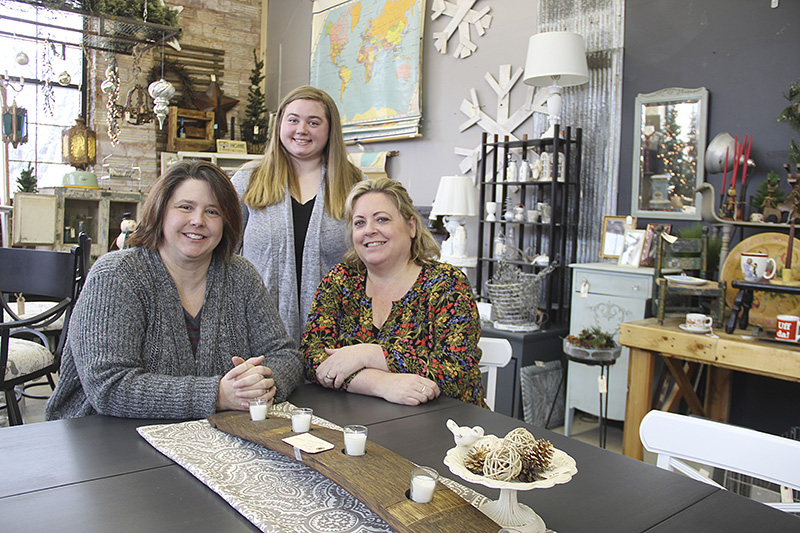 Andrea Hall and mother-and-daughter-team Penny and Whitney Thompson are the face behind Junktion Market, which opened last fall on West Main Street. An occasional store, it is in the location of the former Trophy Showcase. Sarah Stultz/Albert Lea Tribune

What started as a hobby turns into a business

A hobby of refurbishing furniture has turned into a business venture for some Albert Lea women.

Junktion Market, started by Andrea Hall, Penny Thompson and Whitney Thompson, had its first sale date in October, and has been open the second weekend of every month since.

The store, at 919 W. Main St., offers everything from repurposed and upcycled furniture to collectibles.

The women said prior to October, they worked out of their homes, but were running out of space.

Penny Thompson had participated in flea markets for several years, and both she and Hall had booths at a local antique store.

Penny Thompson said she knew Hall was looking for a space, too. They started chatting about a common interest and found out the former Trophy Showcase space was available through a third party. 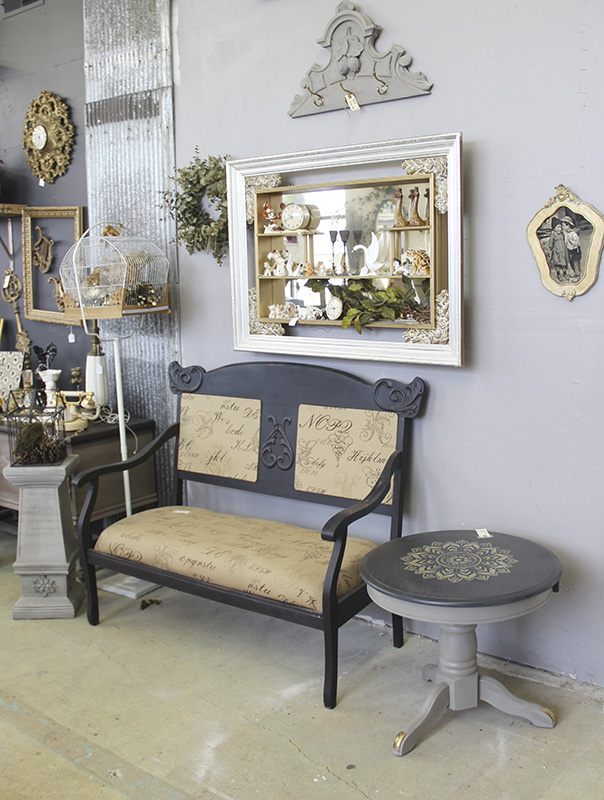 Much of the merchandise for sale at Junktion Market has been refurbished. The store also sells collectibles. – Sarah Stultz/Albert Lea Tribune

They made some renovations to the space, including pulling off carpet and sheetrock, painting and adding corrugated tin on portions of the wall. The women said they hoped for an industrial feel for the building, and building owner Mike Owens installed new windows in September.

“He likes to save and rescue things like we do furniture,” Hall said.

Hall said she and Penny Thompson have different interests in furniture, so it has worked out well to have them be together.

“Every day is different,” Hall said. “It’s fun to take a piece and play with it and create something new.”

The women each have strengths. Whitney Thompson is in charge of marketing and social media for the store; Hall likes staging in the store.

Hall and Penny Thompson’s husbands, Jeff Strom and Tom Thompson, respectively, also do a lot of work behind the scenes.

Penny Thompson said their store is different from any other in town and has been met with many positive comments. The women said they have many people who come from out of town to shop at the store. 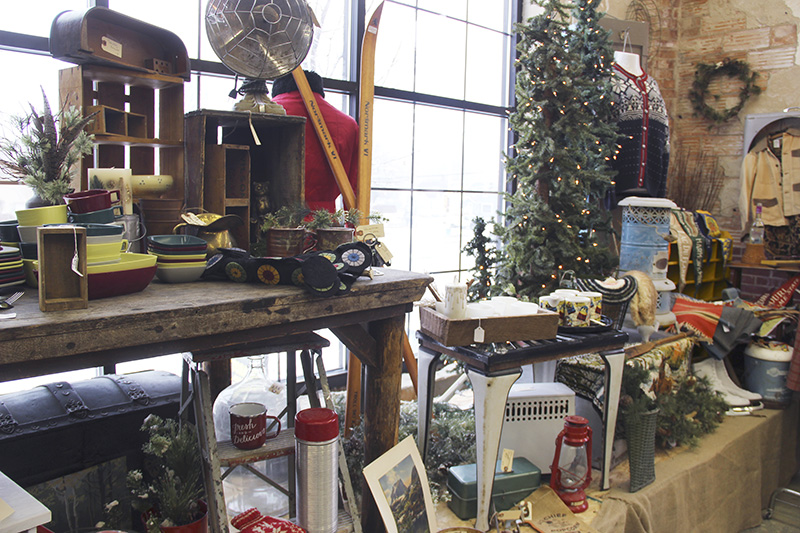 The women behind Junktion Market try to have different-themed displays at the shop. Sarah Stultz/Albert Lea Tribune

In the spring, Junktion Market plans to move downtown to a building at the intersection of Broadway and College Street. The women said they look forward to the new location, as it will have better visibility. There’s a possibility they may expand the hours there.

Updates for Junction Market can be found on Facebook. The store is open Friday, Saturday and Sunday of the second weekend of every month. People can call to make appointments outside of those days.

Outside of Junktion Market, Hall is a probation officer for Freeborn County.

Penny Thompson worked at Mayo Clinic Health System for 17 years before starting her own business, A Simpler Time by Penny, full time with her husband.