A life dedicated to serving others 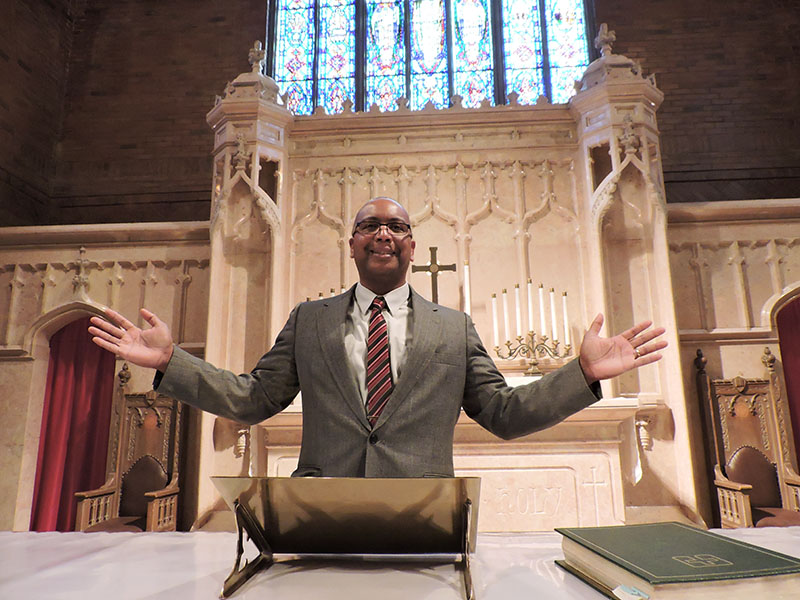 The sermon is over. The congregation prepares to stand before their pastor concludes the mass. He tells his parish, “The worship has ended, now the service begins.”

The statement is one of the Rev. Sean Forde’s favorite sayings as it reflects one of the values he holds most dear: the importance of having a servant heart.

As a man of God, the pastor has devoted his life to serving, yet he has no intention of confining his work to the four walls of a church. Since beginning his tenure at First Lutheran Church in September, he has reached out into the community and high school.

In just the few months since Forde and his family moved to the area, he joined the Noon Kiwanis Club and reached out to Albert Lea High School to re-establish a Key Club.

Forde, who moved to Albert Lea from Boca Raton, Florida, had experience with the Key Club at Zion Lutheran Christian School, where he served during his last calling.

Forde said one of his greatest joys was working as the faculty adviser of the club. Here in Albert Lea, he is serving in a different capacity. Forde will be a liaison between the Kiwanis Club and the Key Club itself.

“They do the whole thing and what’s great about that is they have ownership within the club,” Forde said. “Everything is voted upon so that if they say they’re going to do something, it’s up to them to see it through.” 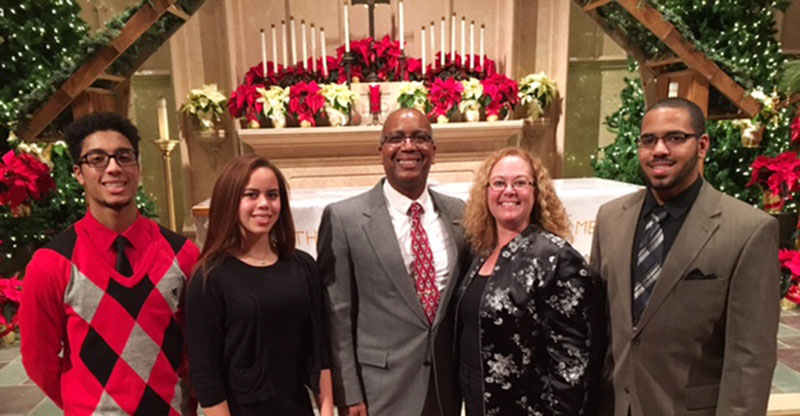 Rev. Sean Forde and his family gathered for a family photo at the church during the Christmas season. From left, Joshua, Rebecca, Sean, Susan and Aaron Forde. Provided

Albert Lea High School teacher Jeremy Corey-Gruenes is the faculty adviser for the club, but like Forde and any other Kiwanis member who chooses to become a Kiwanis adviser, he will only be there to provide occasional guidance and support.

“It’s teaching them leadership as they lead,” Forde said.

Forde said he thinks that learning to work together to accomplish a common goal is an invaluable experience.

“They’re able to see that they can do a lot of things, a lot of great things for themselves, for their families and their communities,” Forde said.

Forde also plans to serve his new community in other ways, but he’s not quite sure in what capacity that will be.

“We are asking God for guidance,” he said.

While the destination is in question, the path is not.

“Whatever it is we do, it will be God-led and Spirit-led.”

Forde, who is 48, first received the call to ministry in 1997, three years after marrying his wife, Susan.

He attended Palm Beach Atlantic for his bachelor’s degree before moving to Eagan to work on his master’s degree at Luther Seminary in St. Paul. During his third year of seminary he served at Zion Lutheran Church in Anoka before the family returned to Florida in 2005. He did, however, come back to Minnesota for three summers to earn his doctorate. For the last five years, Forde served as the campus chaplain for Zion Lutheran Christian School. 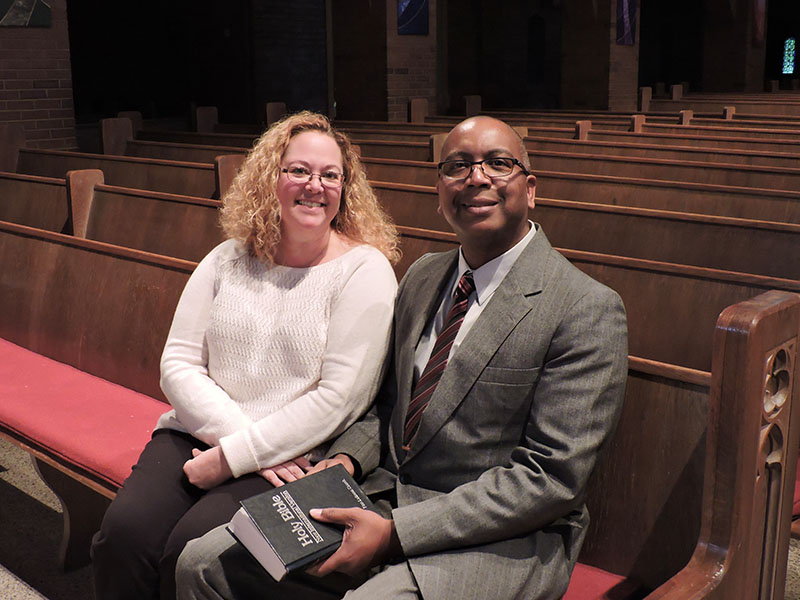 The couple’s three children moved with them and have also dedicated themselves to serving. Aaron Forde, 20, is a former lieutenant governor of the Key Club. Since moving to Albert Lea, he has started taking classes at Riverland Community College and coaches seventh- and eighth-grade boys’ basketball.

Joshua Forde, 18, is a senior at Albert Lea High School and has served as the president of a Key Club.

The couple’s youngest child, Rebecca, 16, is a sophomore at Albert Lea High School. She was a past member of the Key Club and, like Joshua Forde, has joined the organization once again.

Forde said he feels blessed to have been taught the importance of serving others, and is compelled to encourage others to do the same — whether they’re his children, his parishioners or members of the community.

“To get people to give of themselves for the sake of others, that’s Biblical,” Forde said.