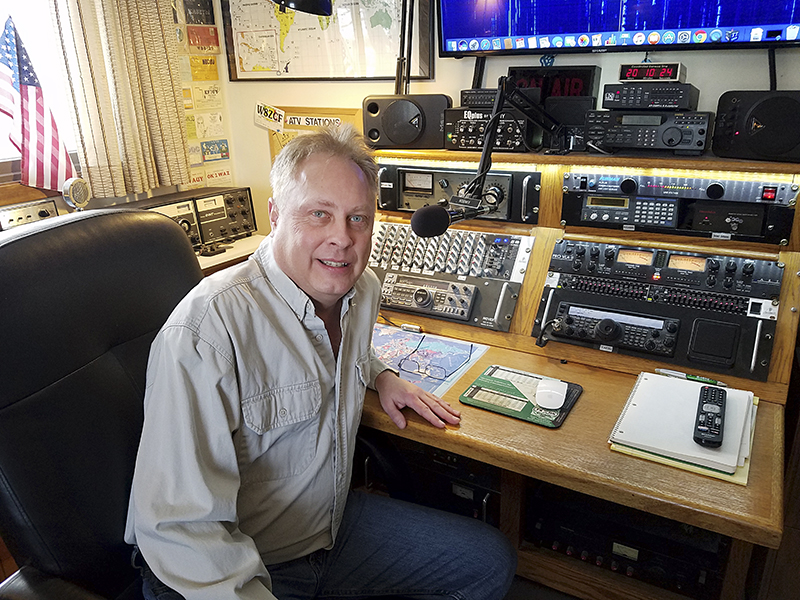 Larry Shaunce got interested in radio at the age of 7 when he received a transistor radio for Christmas. - Dori Etheridge/For the Albert Lea Tribune

During times of emergency, ham radio operators able to spring into action for others

June 17, 2010, was a Thursday, and it became the night of over 20 tornadoes that left in their wake widespread damage across several counties in Minnesota.

A woman from Freeborn County lost her life, and several people whose entire farms and houses were destroyed along with livestock were shaken and devastated. It was the worst tornadic event for Freeborn County since Black Sunday in 1967.

This is the type of event that allows local ham radio operators to help others with their years of practicing a hobby with practical real-life value.

If you look at Larry Shaunce’s Youtube channel, Radio Ham Guy, you can watch him in action in “the shack.” You can see Shaunce in the thick of the reports of tornado sightings, gas leaks, damages and getting the word out to all the people in the area who are licensed ham radio operators. Among the operators are those with mobile ham radio units who were actively spotting for tornadoes that night. You can hear the storm raging outside.

Shaunce was born and raised in Albert Lea, and he got interested in radio at the age of 7 when his parents bought him a transistor radio for Christmas. It progressed to citizens band band radio, which is a completely different thing, and from there he went on to get interested in ham radio from another operator in Hollandale.

He was 13 when he took his ham radio test. It is an FCC license. There is an entry level, but you are limited in what you can do, and it advances from there. Once you pass your test, you only have to renew your license and do not have to take the test again. Back when he took his test, Shaunce had to learn Morse code to pass the test. He currently holds the advanced class license.

There is a local group that meets once a week on the air to test their equipment.

One of the big things the local ham radio operators do is SkyWarn; they give the National Weather Service reports of what they see in real time. When you watch “The Weather Channel” and you hear local spotters are reporting funnel cloud activity in a certain area, that refers to the ham radio operators.

Cell phones will go down when there is major activity, and the ham radios are still up and operational.

How does ham radio work?

They use radio directly, radio over the air waves and there are many different frequencies. They use frequencies like radio stations, but different. The radio waves propagate through the ether, the ionosphere. SkyWave is global. In the daytime the sun activates the ionosphere.

The sun does a lot of things to the atmosphere — some frequencies are better during the day, and some are better at night, which explains why you are able to listen to radio stations from all over the U.S. through a transistor radio, especially at night. Night signals, like low frequency AM radio, spread out more at night.

The walls of the Shack are covered with maps that contain all the ham radio operators all over the world. Each country has a different call sign. You get a call sign when you get your license and you keep it forever.

There are times when Shaunce will hear about events before they hit the mainstream news, especially when there are earthquakes, floods or hurricanes. During these weather events ham operators will often be there to let people know if loved ones are all right. Providing communication when phones are down is part of the appeal of the public service aspect of being a ham radio operator.

Shaunce has local activity on 24/7, and for an hour or two in the evening he tunes into the global signals. 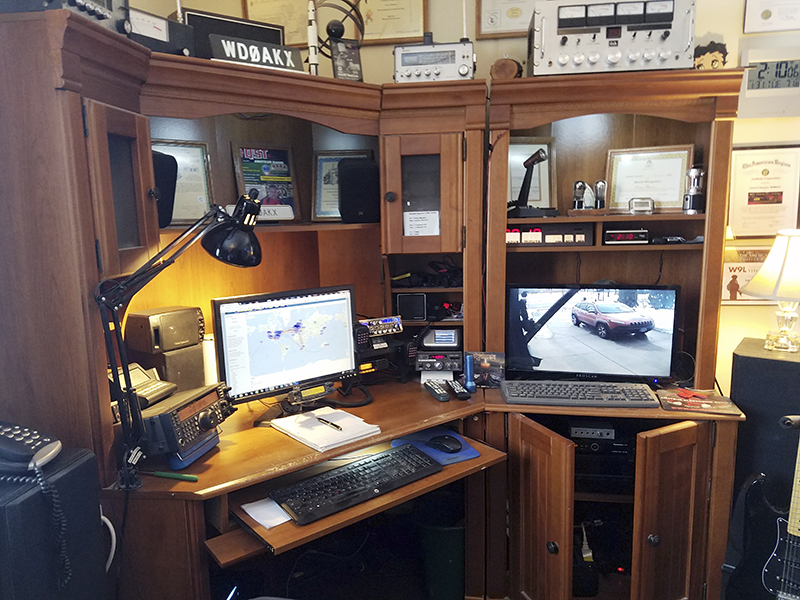 Has he ever picked up anything strange?

“Oh yea, there is a spy radio network that just gives out numbers. You will hear 5, 1, 3, etc. and it is some kind of code. A lot of them are Cuban. It is called a numbers station. It started during the Cold War. It is a mystery, but it is thought they don’t want to use a cellphone because it is trackable.”

Shaunce has also communicated with shuttle astronauts and people in England, Russia, Japan and Sweden.

The number of ham radio operators has steadily increased over the years.

He said it is a fun hobby. The technology is on the forefront, and you can meet and talk to people from all over the world. It is also a public service.

There are portable ham radios and there are repeaters around that could pick up your signal when you are not able to get a cell phone signal.

Shaunce said he would never travel without a cellphone and his portable ham radio.

People’s lives have been saved by having a portable ham radio on when hiking in remote areas.

Shaunce is available to help anyone who wants to get into ham radio. He can be reached by email at shaunce@deskmedia.com.