Albert Lea woman a part of many efforts, enjoys being busy 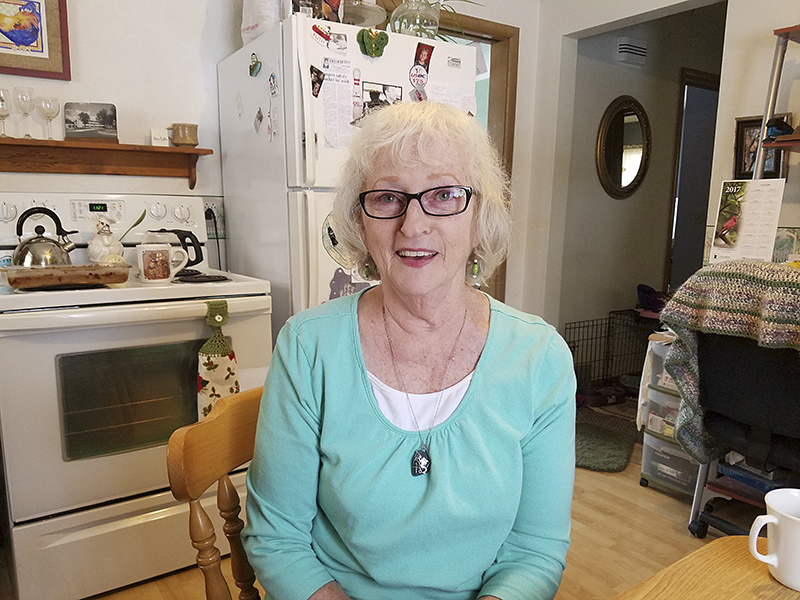 Albert Lean Ruth Olson has lived in the city since 1970 but was born and raised in Austin. She is involved in numerous organizations and said she likes to stay busy. - Dori Etheridge/For the Albert Lea Tribune

“I’m always saying, I’ll help if I can, then they have my phone number and they’ve got me.”

Ruth Olson is an active lady in the Albert Lea community. You have probably seen her around, or maybe you have one of the calendars that feature her photography or have found one of the rocks she has painted.

She moved to Albert Lea in 1970, but was born and raised in Austin. She considers Albert Lea and Austin both her hometown.

She retired from Hormel, and about 10 years ago took her first painting class with Beth Tostensen, who got her interested in water color.

She joined The Albert Lea Art Center before she had ever taken an art class, after walking around and enjoying it.

She said she wanted to help out, so her children got her a gift certificate so she could pay for her membership with the Art Center, where her work is now displayed.

Olson said she received her first camera when she was a child, and she still has it to this day.

When she was a teenager she upgraded to a camera with a flash.

Some of her photographs have won local awards and are featured in a local calendar.

Accentura Credit Union picked the subject of the contest. The first year, she won the grand prize with her photo featuring the wind turbines along Minnesota Highway 13 during a sunset. The first-prize winner is awarded money, and the credit union also puts your photo on the front cover. That year they also used two of her other photos in the calendar.

The next year three of her photos were in the calendar. This year, she won grand champion again with a  picture of the mermaid statue in Fountain Lake in the spring with all the pink flowers in bloom.

She uses a Samsung point and shoot digital camera and gets some criticism for her simple camera, but she doesn’t let that deter her.

“It is what you see that makes the photographer, not the camera,” she said. “If you see something that catches your eye, you have to stop and get it right then and there. You can’t say, ‘Oh I”ll come back tomorrow,’ because tomorrow the light will be different.” 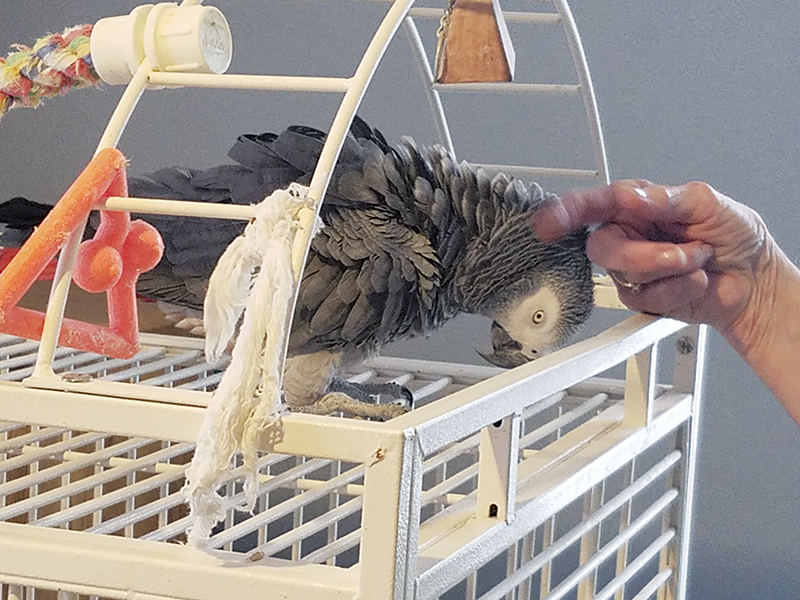 Olson is also a ham radio operator. She has had her license for 11 years.

She was in REACT, which is a citizens band radio club that does a lot of volunteer work locally.

There was a big drill going on with REACT, the fire department, hospital staff, the police department and ham radio crews.

There were some classes in Owatonna, so she went to the classes to prepare to get her ham radio license, and then passed the test.

She went to see Larry Shaunce, and he became her Elmer, or mentor to learn the craft. Shaunce helped Olson get the right radio and equipment and get it all set up. Then she retired from REACT.

She was president of the local ham radio club for three years.

Shaunce runs a radio net every Sunday night to make sure everyone’s radio’s are operating correctly. She now takes turns in running the Sunday night net and the events that the ham radio operators are involved with.

Olson said she has volunteered with the Naeve Hospital Auxiliary for three years and got involved after listening to Party Line on KATE Radio. They were discussing the need for more volunteers at the gift shop.

Though she has never worked in sales before, she said it is something she enjoys.

One day last summer Olson said she noticed on Facebook there were painted rocks that people were finding and hiding. She thought it looked like fun and a positive thing for families to get involved with to do something creative and get out of the house. There were families painting rocks together and people with their neighbors painting rocks.

She decided to paint some rocks and hide them. She then found the Albert Lea Rocks page on Facebook, joined and was participating on launch day. The day it was launched she saw it and knew she wanted to get involved.

She loves painting and found the children and families who were painting, hiding and finding these rocks were having a lot of fun.

She continues to paint rocks, and earlier this month put out some Valentine’s Day rocks.

Her favorite spots to hide rocks?

She tries to hide her rocks downtown, in the Little Free Libraries, by the mermaid or near the Humane Society of Freeborn County.

She has a rock-painting class slated at the Art Center.

She also belongs to the Albert Lea Audubon Society.

The society has an Audubon park on Oregon Street, where they plant grasses and flowers for the bees. They mow and tend to the park and people can come and see the hives — though she warned them to be careful.

There were two beehives last year, and this year there will be three hives. Each member  got a jar of honey from the hives at the Audubon park.

Why get involved with the community?

She said she is involved with the community for many reasons.

“It interests me; it is fun; it makes people happy; it is creative,” she said.