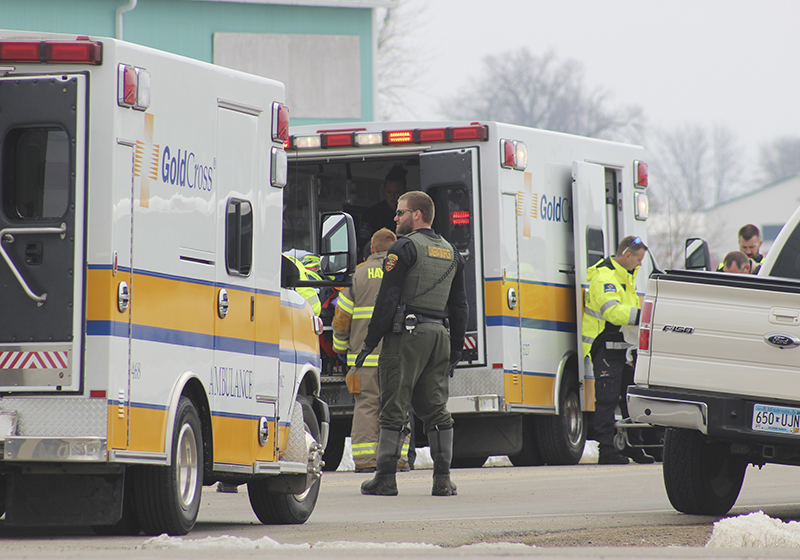 Emergency personnel respond to T-bone collision Friday afternoon at the intersection of Freeborn County roads 46 and 26 in Hayward. Four people were injured in the crash, three of who were transported by ambulance to Mayo Clinic Health System in Albert Lea, according to the Freeborn County Sheriff’s Office. The crash was reported shortly after 1:30 p.m. Further details were not available as of press time. - Sarah Stultz/Albert Lea Tribune 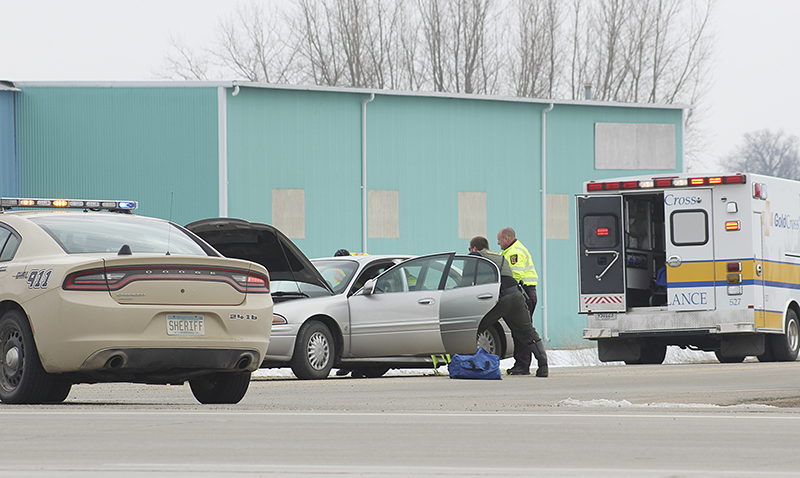