Attempt rejected to regulate seeds that can harm pollinators 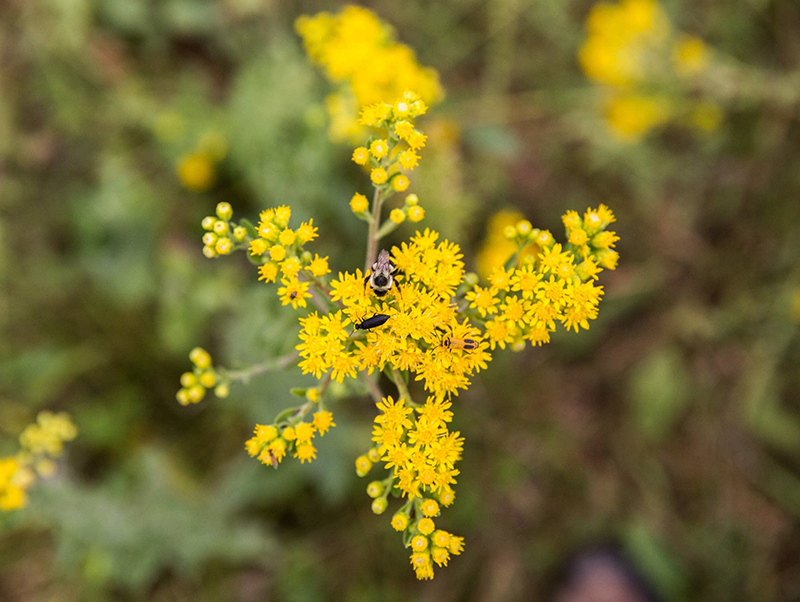 A bumblebee and a beetle on the blooming Golden Alexander wildflower. - Evan Frost/MPR News File

Minnesota lawmakers have derailed legislation to give the state Department of Agriculture authority over seeds treated with insecticide.

Seeds treated with neonicotinoid insecticides are widely used on corn and soybean crops. Research has shown the insecticide can harm bees when insecticide dust is released during planting.

The federal Environmental Protection Agency does not consider the treated seeds subject to pesticide regulation. But as part of a pollinator plan announced last fall, Minnesota agriculture officials sought authority to regulate seed treated with insecticide.

But the insecticide can also be absorbed by flowering plants near treated fields, exposing bees and other pollinators to the chemical.

Since treated seeds are widely used, the Agriculture Department considers this an important part of the pollinator protection initiative.

“The original language would give us the same authority that we have over other pesticides and what we do with other pesticides is we track their use and we know how much is being used where it’s being sold and we’re also able to research, study them and develop best management practices,” said Susan Stokes, an assistant commissioner in the department.

Committees in the House and Senate stripped the language from legislation.

“And I think that’s what concerns people in agriculture, that the department would regulate, and I assume that to mean cut down on the use of, this chemical that at least as far as raising corn is very necessary,” said Anderson, R-Starbuck.

“Seed treatments are the most common use of neonicotinoids in our state, and the state agency that oversees pesticide use in our state has its hands tied in addressing their use,” he said. “It’s disappointing to see ongoing inaction by our decision makers as pollinator declines continue to worsen.”

Without legislative authority the Agriculture Department can’t even monitor how widely treated seeds are used in the state or effectively develop best management practices to reduce exposure to bees, said Stokes.

“I think farmers and users really want this information, and I think it’s important that at a minimum the department get the authority to conduct research and try to develop the best management practices because that will guide all of the users and the purchasers of treated seed,” she said.