A memorial service for Barbara J. Reynolds of Albert Lea will be at noon Saturday at Christ Episcopal Church in Albert Lea. The Rev. Henry Doyle will officiate. Friends may greet the family from 11 a.m. to noon. A luncheon will be provided following the service. Arrangements were handled by Bayview Freeborn Funeral Home in Albert Lea. Online condolences are welcome at www.bayviewfuneral.com. 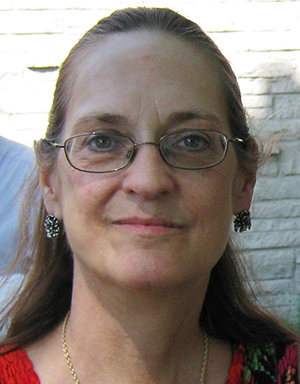 Barbara passed away peacefully on Thursday, March 9, 2017, at St. Marys Hospital in Rochester.

Barbara was born March 25, 1958, in Albert Lea, the daughter of Niles and Beverly (Truesdell) Minehart.

She graduated in the top 10 percent with honors from Albert Lea High School in 1976. She married Sean Holman on Sept. 11, 1976. They dissolved their marriage in 1997 and Barbara moved back to Albert Lea. She married Scott Reynolds on March 25, 2000.

Barbara worked for DCI Marketing in Milwaukee as a production manager for more than 10 years. Barbara was an avid reader, excellent cook, loved spending time in her garden and working with her hands. She also enjoyed listening to music, especially The Beatles. Above all else, her family and friends were important to her. She was a member of Christ Episcopal Church.

She is survived by her husband, Scott; daughter, Shannon Holman, and special friend, Dan Salberg, of Richfield; mother and stepfather Beverly and Jerry Blakeslee of Albert Lea; brothers Colin Minehart and his wife, Sue, Paul Minehart, Thomas Minehart and his wife, Laurie, and Jason Blakeslee, all of Albert Lea; sister, Nancy Minehart, of Roseville; five grandchildren; brothers-in-law Randy and his wife, Peggy, of Denver and Rick of Denver; sister-in-law Deb (Reynolds) and her husband, Greg Christopherson; as well as many nieces, nephews, relatives and friends.