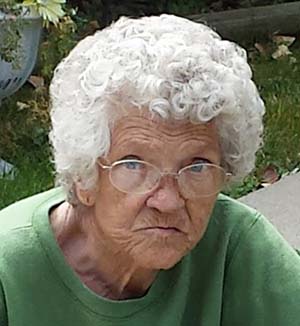 Bev met the love of her life, Mark McConnell, and they were married on March 29, 1955, in Mason City, Iowa. The couple had two children, Scott and Michael, and raised their family in Rochester until 1969, when they moved to Albert Lea.

Bev was a stay-at-home mom, president of the Parent Teacher Association, den mother for Cub Scouts, participated in the boys’ sports and traveling teams. After the boys grew up, Bev got her real estate license and sold houses in the Albert Lea area. She later took care of her mother Gert. Bev worked several years at the Super 8 Motel because she enjoyed meeting new people.

Bev passed away on Monday, March 20, 2017, at Sunrise of Golden Valley Senior Living facility. Bev was 81.

She is survived by her sons and their wives. Grandchildren and great grandchildren, as well as six sisters: Keren, Ramona, Beba, Carol, Charlene and Vicki, and many more extended family members.

Bev was proceeded in death by her husband, Mark McConnell, her parents, two brothers, two sisters, and a great-grandchild.

Bev will be greatly missed by her family who loved her very much.