The bill would attempt to cut costs by giving people the freedom to drop options they are unlikely to need. Republican Rep. Steve Drazkowski of Mazeppa, the author of the bill, said Minnesotans are often stuck paying for these provisions they never need because of a number of state and federally mandated coverage areas. 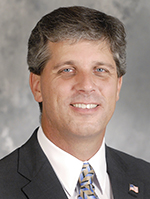 He said individuals should be free to be able to choose the health plan they want, not one the government requires them to have.

Democratic opponents were fiercely opposed to the measure, saying the plan would instead drive up costs and leave many residents uninsured in vulnerable moments.

Rep. Dave Pinto, a Democrat from St. Paul, said people don’t know when an unexpected ailment will occur. He said requiring residents to pick their future coverage would be a guessing game that would end up costing taxpayers because of a law that ensures emergency medical treatment.

The attempted reform was originally part of the House version of health care relief that was passed in January. It was pulled from the legislation after lawmakers decided to leave policy reform measures for later discussion.

The bill was laid aside Tuesday for possible inclusion in a larger health care bill.