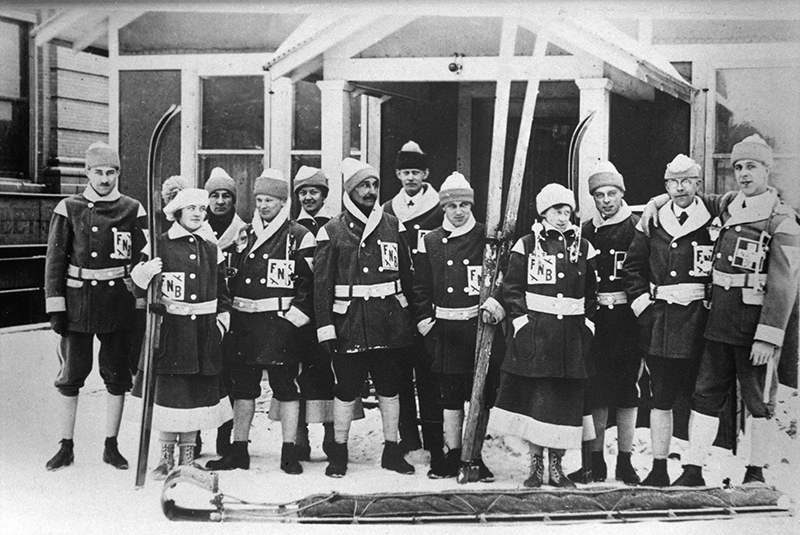 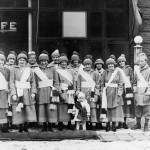 The toboggan team from the Jefferson Cafe pose in their Winter Carnival suits. The Cafe was in the Hotel Albert annex. Photo courtesy Freeborn County Historical Museum 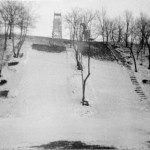 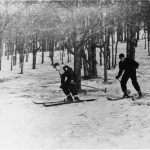 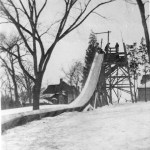 The toboggan slide built for the 1920 Winter Carnival was in the 200 block of Fountain Street near the lake shore. Photo courtesy Freeborn County Historical Museum 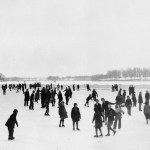 In 1930, the ice skating rink on Fountain Lake, near the Albert Lea City Beach, was enjoyed by skaters of all ages. Photo courtesy Freeborn County Historical Museum 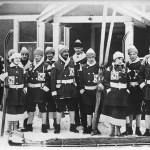 Nearly a century ago, a winter sports carnival was organized to break winter’s monotony. Planned events included ice skating, tobogganing and skiing. Carnival garb was to be worn.

An article in the Dec. 18, 1919, issue of the Tribune reported, “It is expected that business firms will have their employees select a color and design that will distinguish them as a unit.” Societies and school classes were invited to participate. A toboggan slide was erected, and an ice skating rink was prepared on Fountain Lake. Community excitement ran high for the January 1920 carnival, but disappointment was ahead. Days before the carnival’s opening, the Board of Health placed the city of Albert Lea under quarantine due to an influenza epidemic.

The carnival’s cancellation didn’t diminish the community’s enthusiasm for winter sports. A new toboggan slide was built by the American Legion in 1924. It featured an 8-foot tower, a wooden track to the lake and a snow and ice track on the lake. At the same time, an ice skating rink was prepared on Fountain Lake. Both the slide and rink had electric lighting.

In 1935, the Albert Lea Ski Club initiated the construction of a ski jump. The following year, to accommodate a larger jump, a new hill was secured north of White’s Lake (Lake Chapeau). The scaffold of the new ski jump was 40-feet high. The original smaller jump was moved to the new site for those who felt intimidated by the larger jump.