Damage reported in wake of storm; Clarks Grove blocked off to motorists 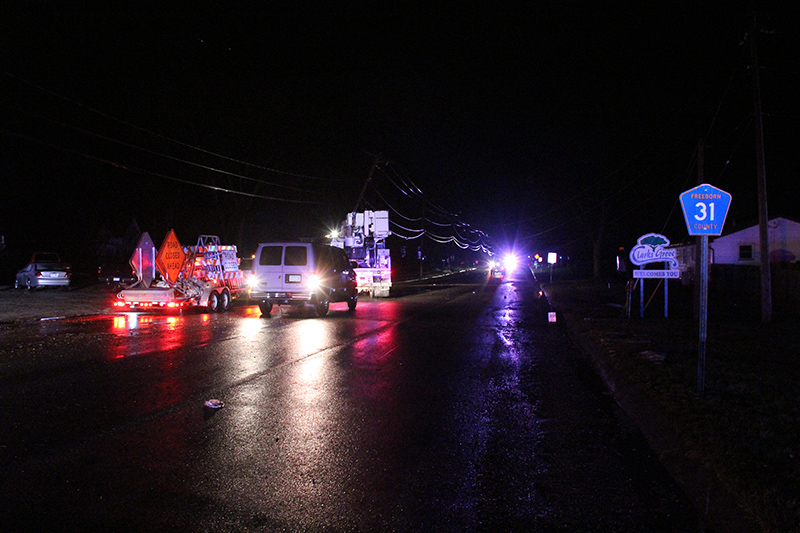 Clarks Grove was blocked off to motorists after severe weather moved through the area Monday evening. There are initial reports of downed trees and power lines. — Sarah Stultz/Albert Lea Tribune

CLARKS GROVE — Officials closed the community of Clarks Grove to motorists after a storm Monday evening left damage and downed power lines in its wake.

According to initial reports, firefighters went door to door checking on residents. Some indication of severe damage has been reported, and it is unclear if there are any injuries.

Initial reports indicate a large grain elevator collapsed, and there were numerous reports of building damage.

The Freeborn County Sheriff’s Office, Minnesota State Patrol and numerous fire departments are on scene as well as volunteers with the American Red Cross and Albert Lea Salvation Army.

According to Xcel Energy, there were 473 of the company’s customers in the Clarks Grove, Hartland, Ellendale and Albert Lea area without power. Crews were assessing damage.

Freeborn-Mower Cooperative Services members without power are asked to call 800-734-6421. The company is working to restore power lost due to high winds.

Mary Nelson, director of cooperative relations with Freeborn-Mower, said less than 300 of its customers — mostly in the Geneva area — were without power late Monday evening.

Law enforcement reported a likely tornado in east-central Minnesota, about 44 miles northwest of Minneapolis near Princeton that caused downed trees and power lines and ripped off part of a roof.

National Weather Service meteorologist Todd Krause said if confirmed, the tornado would be the earliest in the year ever for Minnesota. He said the previous record was a tornado on March 18, 1968, near St. James, in southern Minnesota.

Mary Johnson, caretaker of Pihls Park in Faribault County, has reported numerous uprooted trees in the park and a camper on its side. A roof of one of the buildings was ripped off and debris is throughout the park. She stated the park will be closed through May 1 to clean up damage, and only seasonal campers with their campers at the park will be allowed in.

The strong winds and relatively dry conditions will result in elevated fire weather conditions much of the day.

If you have photos of storm-related damage, send them to sarah.stultz@albertleatribune.com. 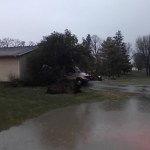 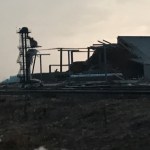 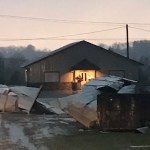 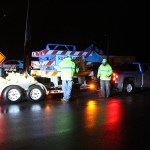 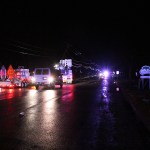 Clarks Grove was blocked off to motorists after severe weather moved through the area Monday evening. There are initial reports of downed trees and power lines. — Sarah Stultz/Albert Lea Tribune