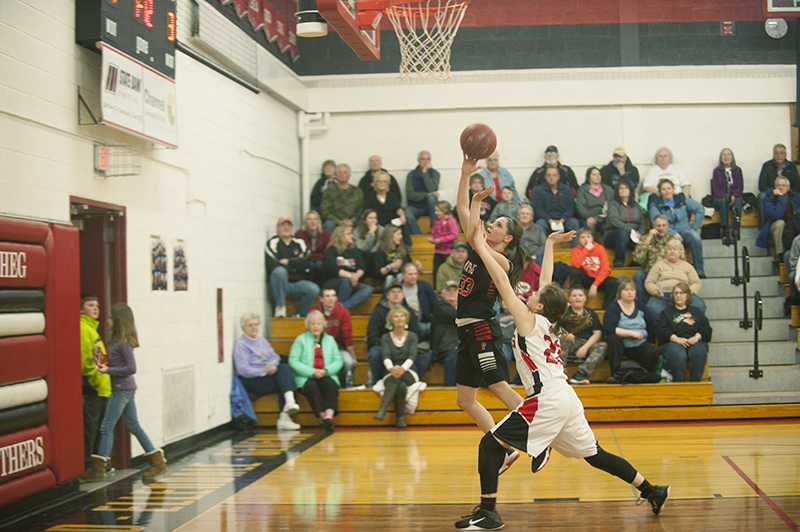 Off a steal, NRHEG’s Kelly Harden goes in for a layup attempt against St. James’ Jadyn Anderson in the first half Tuesday night. Harden was fouled on the play. - Jarrod Peterson/Albert Lea Tribune

NRHEG allows 7 points to St. James in 1st half, moves on in sections

NEW RICHLAND — The NRHEG girls’ basketball team took an important first step Tuesday night in its hopeful journey back to the state tournament when it thumped St. James in the first round of sections 53-23.

Thirteen Panthers scored, but it was Maddie and Marnie Wagner who started quickly against the Saints, scoring the game’s first 13 points. Maddie Wagner helped the Panthers by scoring nine points. NRHEG’s defense suffocated St. James, forcing several turnovers in the opening minutes. The duo combined for 19 of NRHEG’s 40 first-half points.

It took the Saints 5:25 to score their first point, which came on a free throw by Marne Skarphol.

The Panthers would stretch their lead to 20-1 on a hoop by Betsy Schoenrock. Schoenrock would four of NRHEG’s next six points on hoops coming inside. Later on in the half, crisp ball movement would lead to a wide-open three-pointer from Maddie Wagner. Schoenrock would follow up with another layup on the next possession to make it 36-5. 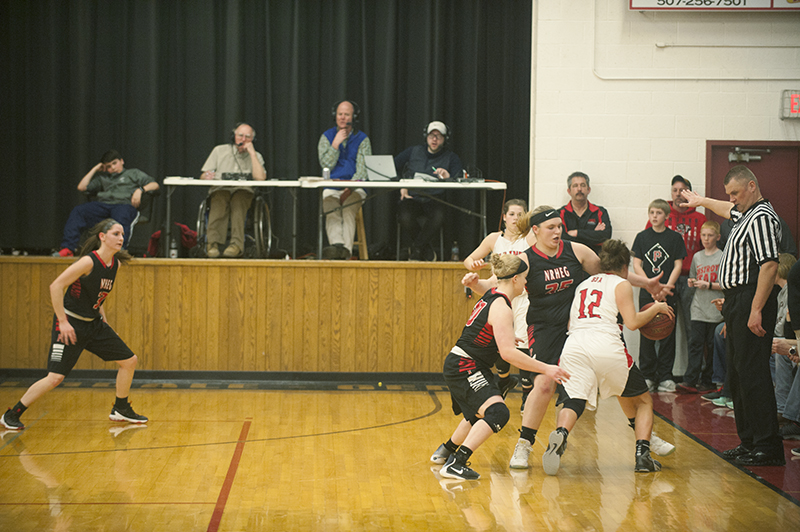 Panthers coach Onika Peterson would substitute freely in both halves, going as much as 15 deep on the bench.

“(We) had a big first half,” Peterson said. “We attacked the basket and hit some big outside shots. The girls were able to hop out strong defensively, get some steals and were able to run on (St. James).”

With the victory, NRHEG moves on to play Waterville-Elysian-Morristown, a team which NRHEG has defeated twice in the regular season, on Friday. W-E-M beat Fairmont, 67-59, on Tuesday.

The game will be played at 7 p.m. at Mankato East High School.