Family-owned beverage company is smallest in state, but customers are loyal 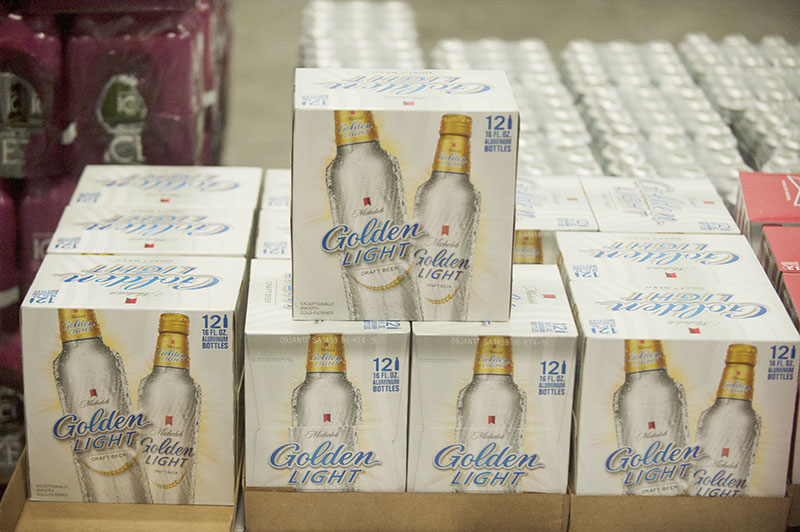 Krieger Beverage Co. has been a staple in the community of Albert Lea for years.

The building at 2620 Y.H. Hanson Ave. has been there since 1988 and is now a third-generation family-owned beverage distribution center for the city of Albert Lea and surrounding communities.

Kelly Krieger, the daughter of Earl, who owns Krieger Beverage Co., worked at Federated Insurance, in Owatonna, but is in her fifth year back with the family business. She is the sales and marketing manager, and enjoys a lot of things about her job.

“I like it because you’re working with family,” Krieger said. “We are a small, local distributor with about 10 employees, but that’s a benefit to this job. You are working and seeing people every day, whether its customers or co-workers.”

Krieger went to Riverland Community College and then graduated from Rochester Community and Technical College with a degree in business, and knew working in the family business was something she always wanted to do. 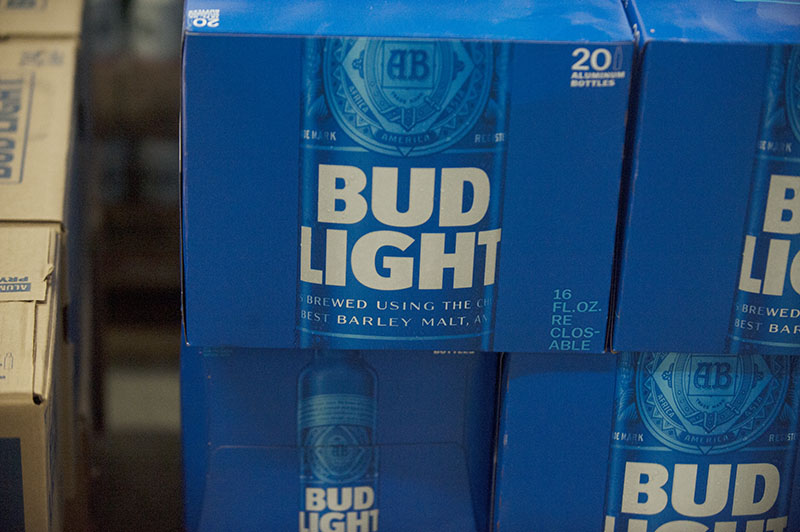 Bud Light remains one of the most sold beers in America, and Krieger Beverage Co. is always sure to hand enough on hand. – Jarrod Peterson/Albert Lea Tribune

“I knew growing up that this is what I wanted to do,” Krieger said. “But I did some other jobs for a while just to make sure I wasn’t missing something, but I eventually found my way back here.”

Krieger Beverage Co. is the only wholesaler that is local and located in Freeborn County. It delivers all the way from Emmons to Hope and to Hayward to Easton.

Krieger sells about 80 percent of the company’s accounts while her sister, Melissa, is the general manager. The company has three drivers who deliver to Albert Lea liquor stores twice per week and to surrounding communities once per week.

The company has about 100 accounts, making it the smallest wholesaler in the state of Minnesota and one of the smallest in the country.

However, that isn’t a bad thing.

“Our customers are loyal,” Krieger said. “We have great communication with our customers, and we have great standing with sellers. That’s something that is important to us.”

Aside from selling the Anheuser-Busch beers, the company ventured into selling Monster in 2007, which is a popular energy drink, and Sparkling Ice, which is a non-alcoholic drink that comes in many different flavors, in 2011.

Both products have produced good results for the company.

“Monster has really been big,” Krieger said. “Monster has been very good for us and Sparkling Ice is gaining more in popularity.”

Krieger said the Minnesota-famous Michelob Golden Light is making a comeback and is gaining in popularity.

“Nothing says ‘Minnesota’ like (Michelob) Golden Light,” Krieger said. “They partnered with Minnesota Wild this year, and we have seen an increase in our numbers. The beer is making its presence known in Minnesota.”

The beer is sold only in Minnesota, Wisconsin, Iowa, North and South Dakota, Missouri and Illinois.

While it’s the slow time of the year for sales, Super Bowl weekend is normally what starts the uptick again.

“You kind of have to weed through the first few weeks of January before you see sales increasing,” Krieger said. “People normally aren’t spending too much money and people are trying to follow through with their New Year’s resolutions. The weekend of the Super Bowl starts the upswing in sales.”

Anheuser-Busch will introduce some new flavors this year that have Krieger excited.

The Rita brands of Anheuser-Busch will be coming out with grape and peach flavors, and Michelob Golden Light introduced a new aluminum bottle that is already being sold in Albert Lea liquor stores.

“We have a lot to look forward to this year,” Krieger said.