Hartman is a native of Wells. Prior to joining FSB as a commercial loan assistant, Hartman practiced law with a firm in Albert Lea; and before that, managed his own law practice in Wells. 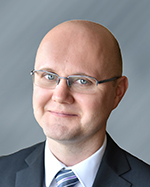 In addition to a law degree, he has earned bachelor degrees in philosophy and theology. When he wasn’t going to school, Beau gained business experience working at a large non-profit and later, a computer software company.

According to a press release, Hartman arrived to FSB with a real desire to learn the banking business and is looking forward to serving FSB customers with accurate and detailed support.

“Beau is naturally curious and is very good with details,”  said Daniel Otten, bank CEO and senior lender. “Cally Skinner and I are looking forward to introducing him to our growing portfolio of business clients.”

Hartman and his wife, Jodi, have five kids, Aiden, 11, Jonathan, 9, Titus, 6, Dinah, 4, and Daphne, 2, They reside in Albert Lea and enjoy going outdoors whenever possible. He is also involved in coaching youth sports. 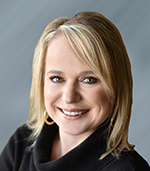 Miller, of Glenville, comes to FSB as the new compliance officer in the Albert Lea branch. Her compliance experience consists of being the director of operations at a local investment firm for the last 10 years. She said she is excited to expand and grow her knowledge of compliance within the banking industry.

Miller and her husband, Brad, can often be found at their teenage daughter, Halee’s, sporting and academic events. When she’s not involved in the Glenville Emmons school and other community activities, she may be shopping with her daughter, golfing or cheering on the Minnesota Golden Gopher’s volleyball team.

FSB is excited to welcome Susie’s warm personality and put her skills to work.

“Finding someone with a true compliance mindset is critical in our industry,” said Mark Heinemann, president of FSB. “Susie’s background is a perfect fit and we are looking forward to making her an integral part of the team.”

Farmers State Bank of Hartland is a community-owned, community-focused bank that began in Hartland in 1912. FSB operates three branches, in Hartland, Freeborn and Albert Lea. Since opening the Albert Lea Branch in 2004, FSB has grown in asset size from $45 million to over $125 million, and has become one of the county’s largest community banks.

According to a press release, the bank’s growth has been primarily with ag and commercial customers but since 2013 they have expanded their residential lending program, and now offer a full range of banking products. FSB is a member of the FDIC and is an equal housing lender.