Finding his own niche in the art world 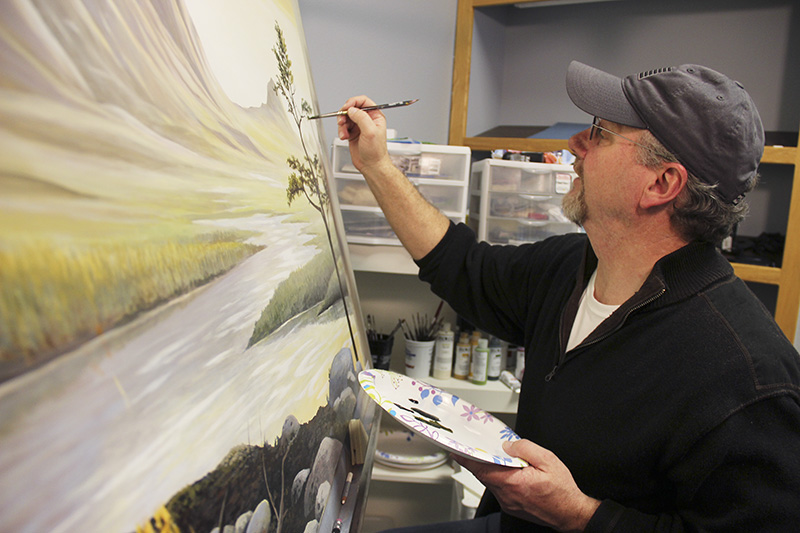 An award-winning artist from Albert Lea has opened a gallery and studio on South Broadway in the location of a former boot store.

An Albert Lea resident for 28 years, Mark Kness has worked as an artist for 35.

Originally a mechanic, Kness first worked at Erlandson’s when he moved to the city and has worked at other places since. He recently started doing his art full time.

He said he grew up spending a lot of time in the outdoors — and still does — which influenced a passion for wildlife painting. He has painted everything from ducks to dogs to moose and other animals. 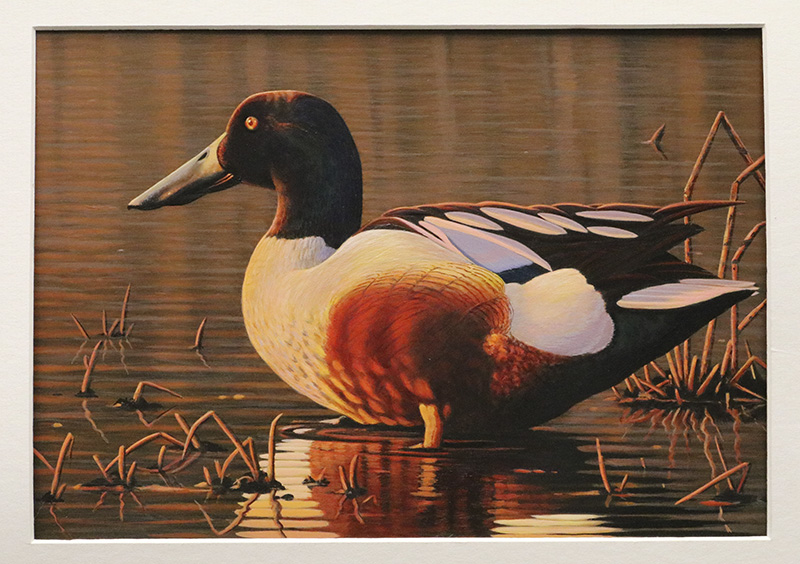 Mark Kness entered this painting for the 2017 federal duck stamp. The image finished in the top 20 and was selected for the national traveling tour, which will be displayed at national art and nature events throughout the country for the next year. -Provided

Over the years, he has won several awards for his wildlife paintings, including the 2003 Minnesota Migratory Waterfowl Stamp Competition and fourth place in the 2004 Federal Duck Stamp competition. He was the winner of the 2010 Minnesota Duck Stamp and was a top 20 finisher for the Federal Waterfowl Stamp in 2009. He also was the Ducks Unlimited sponsor print in 2015 for a painting of Geneva Lake.

“My goal is that people enjoy looking at it,” Kness said of his art.

Though he found his niche in wildlife art, he has begun to shift more toward portrait work. He has been commissioned to do work for Tony Dungy, former professional American football player and coach in the National Football League. Dungy led the Indianapolis Colts to a Super Bowl victory and was elected to the Pro Football Hall of Fame in February 2016.

Kness said he has painted a collage highlighting different aspects of Dungy’s career, as well as a portrait of him and his family. Dungy even invited Kness to attend Dungy’s induction into the Hall of Fame.

Kness said he moved his gallery and studio into the space, at 242 S. Broadway, at the beginning of February after making some renovations to the building, including painting and putting up picture rails, among other improvements.

He plans to have an open house in April and is considering inviting other artists to showcase their work on a rotating basis in a portion of gallery. 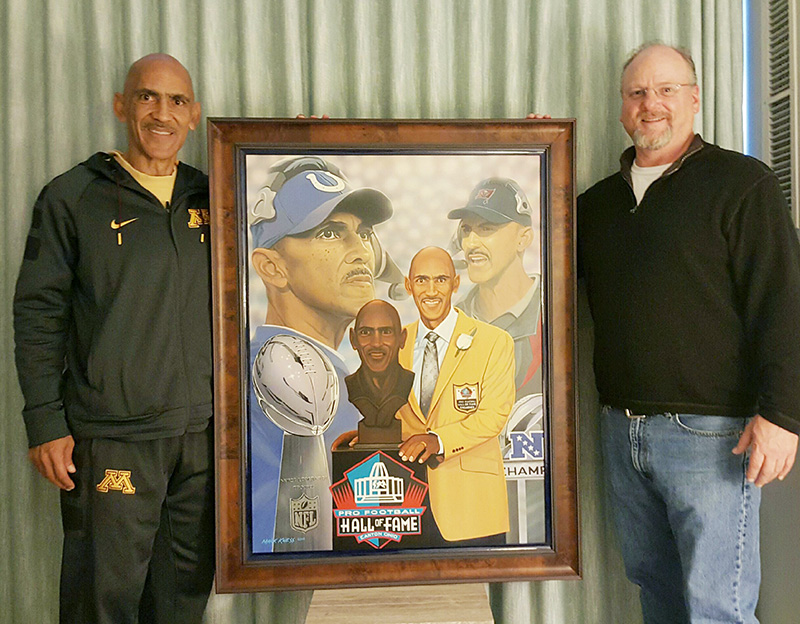 Tony Dungy, left, commissioned Albert Lea artist Mark Kness, right, to paint this collage of his career after Dungy was inducted into the Pro Football Hall of Fame. Dungy invited Kness to attend the induction ceremony, and Kness attended with his brother. Provided