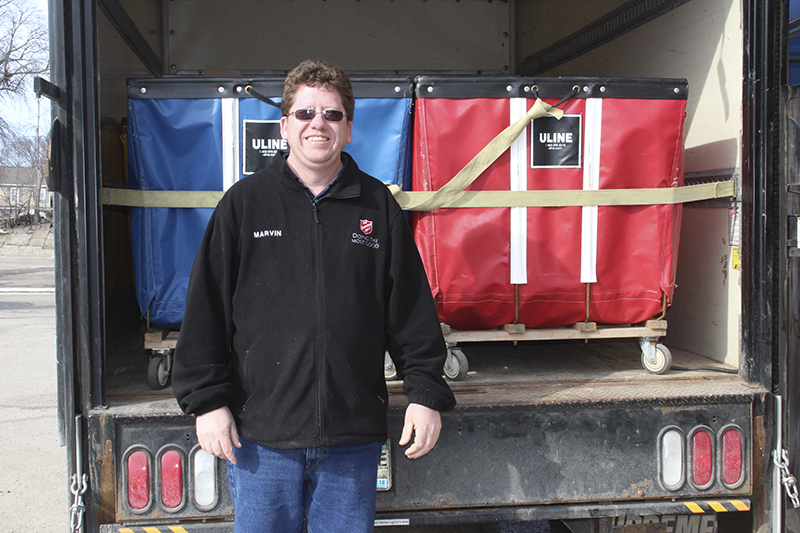 Organized by area band Flashback, the event welcomed community members to stop by the club’s headquarters on West William Street, donate nonperishable food items or monetary support to The Salvation Army and have some fun along the way.

During the early afternoon hours of the event, donors were invited to eat lunch and play pool, cribbage and bean bag toss. By the middle of the day, an entire bin of vegetable cooking oil had been donated, and another half bin of food was collected.

“If you have a community that’s working together, it lessens the burden,” said Marilynn Lancaster, a Salvation Army employee and volunteer at the event. “Many hands make light work. It also feels good to be able to give back. Not only does it feel good for you, but you’re helping someone else.”

Cline said there is a consistent need for food services within the Albert Lea community, due to unemployment rates and poverty levels. Events like the food drive and fundraiser, and the support of various organizations, allow The Salvation Army to continue offering a source of help.

“It seems like every day we get more and more people coming in for assistance,” Cline said.

After a full day of gathering donations, the event welcomed three bands to perform at night. Albert Lea’s rock and country fusion group The High Street Band made an appearance. The Wicked Renegades, from Albert Lea, also came out for the food drive, as well as Flashback.

According to organizers,  the event raised $382 in cash and collected 704 pounds of food.