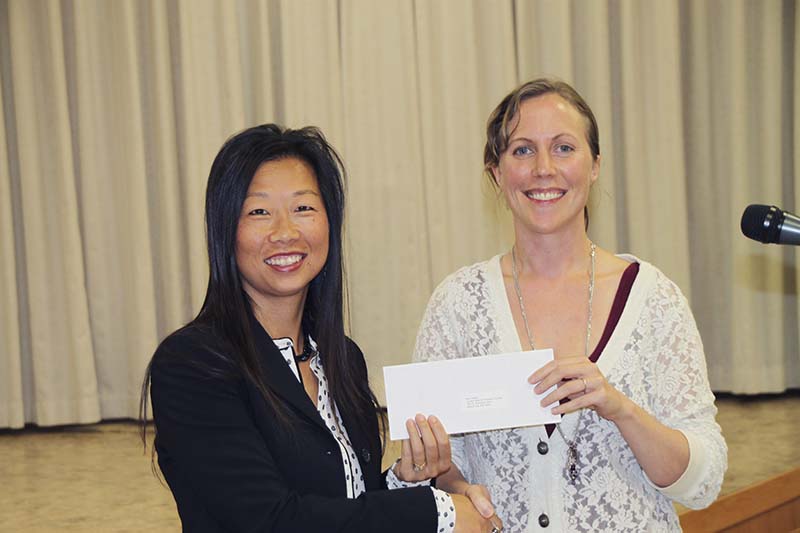 Leean Dulitz of the Feeborn County Community Foundation presents a check to Ann Austin of the United Way. -Provided

Project: Providing funds for local programs and serving as a convenor to solve problems

Report: Rather than make specific goals, the United Way Board has discussed four main questions: What is the organization’s vision and theory of change? Where will the group participate? How will the organization succeed? What capabilities will be needed by the group?

Out of these conversations came three core principles of the work the organization will be doing in the future.

Collaboration is a must. The organization will pursue metrics that are not comfortable. The group will market the plan and engage more people.

The United Way is focused on raising funds for local programs, but serves as a convener to solve problems. The organization considers the big picture and engages in non-traditional partners to address community issues.

The shift has allowed the board to think outside of the box and start to create an an engine of social progress. United Way is an organization that relies on the input and involvement of the larger community.

According to a press release, the organization values the diverse perspectives board members offer and have been excited to engage with other community groups, such as the local refugee population.

In 2015, the United Way were awarded a grant from the Office for Refugee Resettlement to provide a Karen liaison. Eh Wah is helping Karen people who work in the community to get connected to local resources.