Gwendolyn Mae Springborg was born Nov. 13, 1937, in Brainerd to Arthur and Victoria (Broulik) Springborg. She graduated from Albert Lea High School and the Kahler nursing program in Rochester. 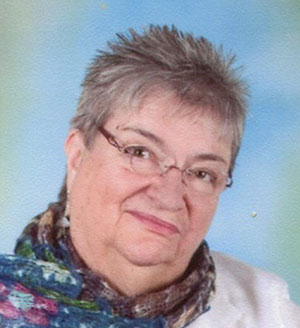 In 1958, Gwen married Harold Harvey and the couple lived in Rochester. Harold died in 2002. Gwen worked for the Mayo Clinic as a nurse at both St. Marys and Methodist hospitals in Rochester until retiring in 1998. She was a member of Calvary Episcopal Church in Rochester. Gwen was a lifelong gardener and loved the outdoors — especially fishing. She was active in the Gramercy Park Cooperative in Rochester.

She was preceded in death by her parents; husband, Harold; son, James; and sister, Margie Murtaugh.

A memorial visitation will be from 4 to 7 p.m. Saturday at Ranfranz and Vine Funeral Homes 5421 Royal Place NW in Rochester.  To share a special memory or condolence,visit www.ranfranzandvinefh.com.