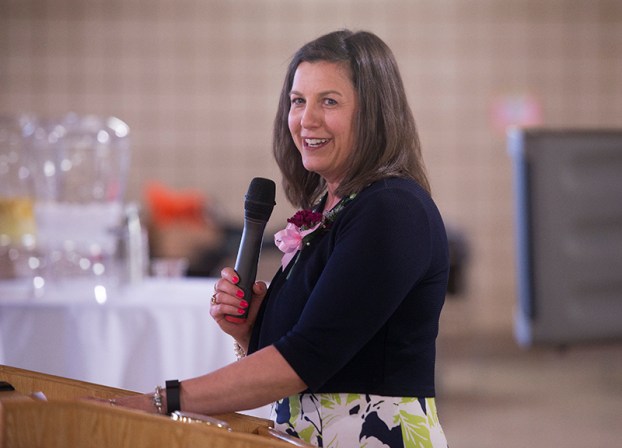 The announcement was made by School Board Chairman Ken Petersen in the commons area of Albert Lea High School.

Sorensen thanked her family, co-workers, fellow teachers, paraeducators and the Teacher of the Year Committee for their support.

“I’m really humbled and honored to represent the kids and all of the staff I have had the privilege of being with,” she said.

“I am honored and humbled to be a part of this.”

Sorensen, 46, has taught in Albert Lea for 23 years. She is a member of the Teacher of the Year Committee, along with the reading and math committee and district intervention committee. She is also a mentor/mentee facilitator.

Sorensen received her Associate of Arts Degree from Bethel College in 1991 before attending Minnesota State University-Mankato, where she majored in elementary education and minored in special education. She received a master’s degree in learning disabilities in 1998.

Light-hearted stories about the finalists were shared, and gifts were presented.

After the ceremony, Sorensen said she felt overwhelmed and humbled.

“I just love what I do,” she said. “Doing what’s right for the kids, enjoying my kids and having fun with the kids, and helping them find their passion is really my main goal.

“There’s so many great things that happen in the classroom — the giggles and the laughs and the excitement when they figure something out … each kid brings their own (personality) and their own (style). It’s enjoyable trying to find out what makes them tick and what makes them excited.”

According to Sorensen, she sometimes has a hard time sleeping because she is thinking of ways she can help children succeed.

“I usually wake up with a brainstorm of what I want to try to help them understand something,” she said.

A number of Sorensen’s family members were in attendance during the ceremony.

“I’m incredibly happy for her, and I think she is incredibly dedicated and very humble,” said Lisa Schultz, Sorensen’s sister-in-law. “One of the things that impresses me the most is she gives all of the glory to God, and she has an incredible faith, and she knows that her ability to be an amazing teacher is because of that. I am really proud of her and excited that she is the Teacher of the Year.” 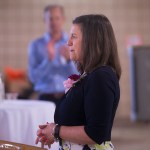 Jacque Sorensen reacts as she receives a standing ovation after being named Teacher of the Year. – Colleen Harrison/Albert Lea Tribune 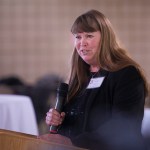 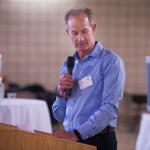 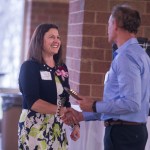 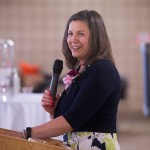 More than 60 Hawthorne Elementary School students will perform a world-renowned play with a unique flavor on Friday. Third- through... read more