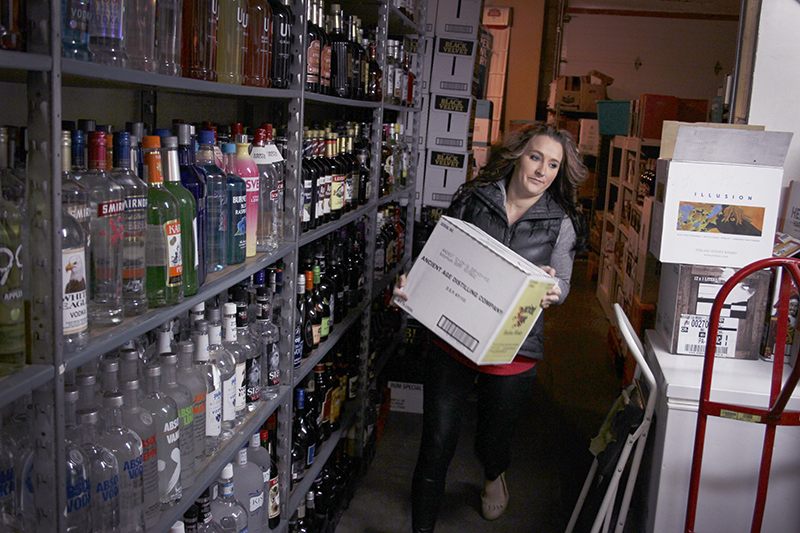 An Albert Lea liquor store manager is concerned that lifting a ban on Sunday sales in Minnesota would have a negative effect on small liquor stores.

Jenny Heinrich, manager of Cheers Liquor, said she thinks Sunday sales could lead to liquor being sold in grocery stores, which she said would have a devastating effect on small liquor stores.

The Senate’s 38-28 approval of a bill on Monday that would allow Sunday liquor sales is another step toward removing the state’s old blue law that made Minnesota one of 12 states to ban Sunday liquor sales. The House overwhelmingly passed similar legislation last week.

The bill would allow liquor stores to open on Sundays beginning in July. What time stores can be open still has to be negotiated.

Heinrich is not confident that lifting the ban on Sunday sales will lead to an increase in liquor sales.

“It’s going to be a slow process,” she said.

The bill that the Minnesota Senate passed would allow liquor stores to open on Sundays beginning in July. – Colleen Harrison/Albert Lea Tribune

“I know there’s thinking that people are going out of state to buy stuff on Sunday, but I don’t believe it’s that much since there is on-site available and 3/2 off site available if you really need something,” she said.

“I was against it, but at this point it’s been in the process for so long we knew it was coming,” she said. “It was just a matter time.”

Supporters of the legislation hoped that slight differences in the Senate and House bills — chiefly, the House measure allows stores to open at 10 a.m. while the Senate one makes it an hour later — would not delay delivery to Gov. Mark Dayton, who has vowed to sign it. If the House accepts the shorter window, that could happen later this week.

Between the House and Senate, 31 lawmakers who had previously voted to uphold the Sunday sales ban voted this year to repeal it.

The Sunday liquor sale ban is a rare issue that cuts across partisan lines, instead dividing lawmakers more geographically — the overwhelming majority of senators who voted against the repeal Monday were from rural districts. And though the law allows individual liquor stores and even whole cities to decide whether to open their doors on Sunday, opponents argued that competition with bigger retailers would force small and family-owned shops to stay open seven days a week.

District 27A Rep. Peggy Bennett, R-Albert Lea, said her vote to end the ban was one of the hardest votes she has taken because she understood both sides of the issue.

Though Bennett said she understands small business owners’ concerns over the bill, she voted yes to allow for liquor stores that want to be open on Sundays the ability to do so.

Bennett said she is surprised the bill has generated so much interest because of other legislation that is more important to the day-to-day lives of Minnesotans.

District 27 Sen. Dan Sparks, DFL-Austin, said he voted against lifting the ban because of input he received from small business owners who expressed concern about the possible effect of the ban. Other states who have lifted the ban have not seen an uptick in liquor sales, Sparks said.

— The  Associated Press contributed to this report.

Did local legislators vote to end the Sunday sales ban?