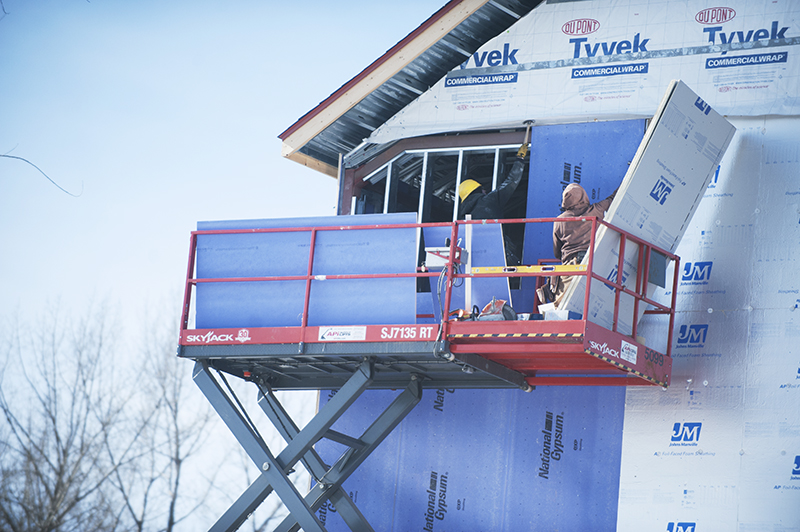 Workers use a hammer to put insulation in place at the new St. John's on Fountain Lake complex. - Jarrod Peterson/Albert Lea Tribune

The Joseph Co. has been serving the communities of Austin, Albert Lea and communities in-between for over 51 years.

The company has worked on many projects over the years — from building McDonald’s restaurants to grocery stores — Joseph Co. has done it all.

Most recently, the company has been working on the new St. John’s on Fountain Lake facility in Albert Lea.

It’s a $30 million project and Carter Wagner, president of Joseph Co., couldn’t be more proud to serve the community.

“The (St. John’s) owner and the board of directors deserve a lot of credit,” Wagner said. “They decided not to phase the project, but build the continuum of care in one project.”

“They are doing it all at once,” Wagner said. 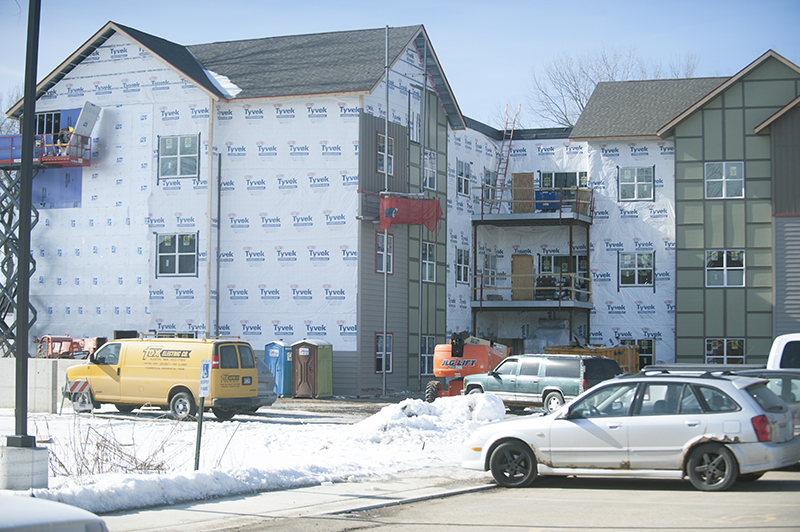 Work is already completed on the assisted living and independent living facilities at the new St. John’s on Fountain Lake. Construction crews in Feburary were working on the nursing home. – Jarrod Peterson/Albert Lea Tribune

Wagner is a native of Austin, where Joseph Co. is based, and graduated from the University of St. Thomas. After graduation, he worked a few jobs before coming back to Joseph Co., a company which was started by his dad, Joe, and business partner, Dale Beckel, in 1965.

When Wagner returned in 1987, the company employed only six people. Now, the company has grown to 48 employees, with seven people holding jobs in the office and the other 41 skilled in concrete, masonry, carpentry and structural steel erection.

Wagner went back to school to get a degree in construction management before taking over as president of Joseph Co. in 1999.

Since then, he has led many projects over the 18 years he has been in control. From building McDonald’s restaurants to Walgreens and Shopko stores, Wagner has had a hand in all of it.