Joe was born Jan. 17, 1966, in Albert Lea to Robert and Helen Dierkes. He was a graduate of Albert Lea High School and went on to graduate from University of Minnesota – Duluth, where he met his wife, Ann Seguin. They were married on April 17, 1993. 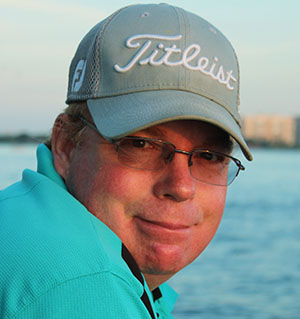 Joe worked for ASCI Corp. prior to going to work with Era Laboratories, now known as Pace Analytical, until his illness.

Joe was a member of Ridgeview Country Club, playing in both the Tuesday and Thursday leagues. He also was a member of the Duluth Archery Club; he loved to fish, hunt, but most of all spending time with his love, Ann.

He was preceded in death by his father, Robert.

Joe is survived by his wife, Ann; his mother, Helen; sisters Jane (Bob) Nelson, Mary Dierkes and Kathy (Bill) Condee; nephews Colin and Austin Condee; and many cousins, friends and his Auggie.

Visitation will be from 5 to 7 p.m. Friday with wake prayers at 6:30 p.m. in Dougherty Funeral Home. Visitation will continue from 10 to 11 a.m. Saturday until the time of the Mass of Christian Burial at St. John’s Church, 4230 St. John’s Ave. in Duluth. Burial will follow at Forest Hill Cemetery.