She was born to Freeman and Opal (Christianson) Jacobson in Albert Lea. After graduating from high school Judy received a degree in education at the University of Minnesota in Morris. She went on to study interior design in Dallas. 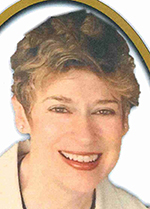 On June 27, 1992, Judy married Jeff Thomas in Missionary Church in Nappanee, where they faithfully attended. She was especially fond of and enjoyed Upper Room Small Church. During her years in Albert Lea, Judy was active in the Baptist churches of Clarks Grove and Albert Lea, where she was involved in youth programs, taught Sunday school and sang in the choir. She loved to attend and participate in Bible studies.

Judy had various jobs during her lifetime, including working over the summer months at Owatonna Canning Co., as an undercover traveling salesperson for JC Penney and for several years she was employed by Wilson & Co. in the payroll department. After receiving her degree in design, she began her career with Winnebago Industries and continued in the RV industry in Indiana, where she met Jeff.

Judy enjoyed traveling and had the fortune of being able to visit the Holy Land, Europe and several states with relatives. She especially enjoyed traveling with Jeff in the USA and Canada whenever possible. Judy had many interests and talents. Most importantly, she had a strong faith in the Lord and deeply loved Jesus and her family. She had many friends and was able to see the best in people and the best in difficult situations. She is sadly missed by her family and friends.

Judith is survived by her husband, Jeff, of Nappanee; and her brother, John Jacobson, of Albert Lea.

A memorial service will be at 2 p.m. Thursday at AZ-One Community Center, formerly First Baptist Church, at 335 West Clark St. in Albert Lea.

Memorial services for James R. Delger, 81, of Albert Lea will be at 11 a.m. Wednesday at Bayview/Freeborn Funeral Home.... read more