He was born Nov. 27, 1938, in Austin, the son of Lowell F. and Jeanette (Thompson) Johnson. He grew up on the family farm and graduated from Austin High School in 1957. 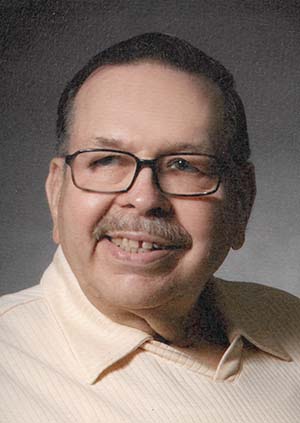 After graduation, Kenneth worked at Cleveland Hardware in the Sterling Shopping Center. He met his future wife, Lucille Schlekau, on a blind date in the summer of 1969 and were married six months later on Dec. 6, 1969, in Mankato. They made their home in Austin, where they raised three sons. He enjoyed working on cars and spending time with his family and grandchildren. He also enjoyed being outdoors and collecting coins. He was employed by Cyrgus in Austin until the early 1990s, when he retired due to health issues.

He was a member of Queen of Angels Catholic Church and had been a member of the Thumpers Car Club in his younger days. His wife, Lucille, died on March 27, 2008.

Mass of Christian burial will be at 2 p.m. Thursday at Queen of Angels Catholic Church. The Rev. Dale Tupper will officiate. Interment will follow the service at Grandview Cemetery. Visitation will be from 5 to 7 p.m. Wednesday at Worlein Funeral Home in Austin.  Condolences may be expressed to the family online at www.worlein.com.