Marlys E. Tritle, 83, of Albert Lea, formerly of Springville, Iowa, passed away Friday, March 17, 2017, in Albert Lea. Visitation will be from 5 to 8 p.m. Tuesday at Murdoch Funeral Home & Cremation Service in Marion. Funeral services will be at 10:30 a.m. Wednesday at the funeral home. Burial will be in Springville Cemetery in Springville. 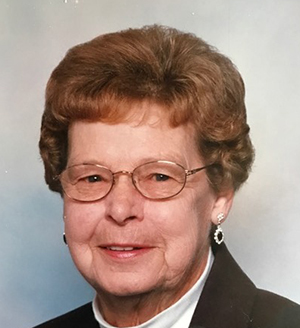 She was preceded in death by her parents Ivan and Evelyn; husband, Ivan; and brothers Larry, Don and Chuck.

Marlys was born Feb. 6, 1934, in Coggon, Iowa, the daughter of Ivan and Evelyn (Hepker) Coonrod. On Aug. 31, 1952, in Cedar Rapids, she married Ivan Tritle. Marlys was employed doing a variety of tasks, including driving semi truck and school bus and as a security guard. She also farmed and was employed at Land O’Lakes. Marlys enjoyed camping, fishing, farming, driving semi, playing bingo, listening to bluegrass music and spending time with family and friends.