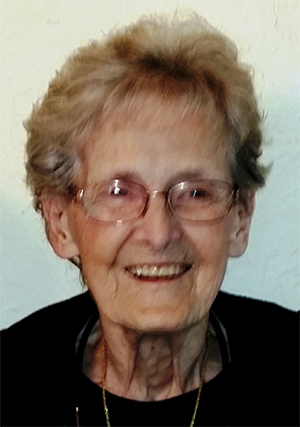 Mary Lou was born Jan. 22, 1934, in Albert Lea to Fred and Ethel (Lehman) Godfredson. She was a graduate of Austin High School. On Nov. 10, 1955, Mary Lou was united in marriage to Myrle W. Kelley in Meridian, Mississippi. Her husband’s military career took them to many destinations. They resided in Albert Lea from 1978 until 1990, when they moved to Austin. She had formerly been a member of the United Methodist of Albert Lea and the First United Methodist Church of Austin. Mary Lou treasured time spent with her children and grandchildren.

Funeral services will be at 1 p.m. Saturday, March 25, 2017, at Worlein Funeral Home Chapel in Austin. The Rev. John Mitchem will officiate. Interment will follow in Oakwood Cemetery. Visitation will be from noon to 1 p.m. Saturday afternoon prior to the service at Worlein Funeral Home. In lieu of flowers memorials in Mary Lou’s memory may be directed to the American Cancer Society or the National Multiple Sclerosis Society.