Funeral services for Maxine Gavle of Albert Lea will be at 10:30 a.m. Friday at Lunder Lutheran Church in rural Albert Lea. The Rev. Randy Baldwin will officiate. Visitation will be from 5 to 7 p.m. Thursday at Bonnerup Funeral Service and one hour prior to the service at the church. Interment will be in Lunder Lutheran Cemetery. 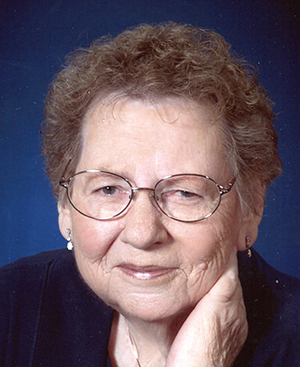 Maxine was born Oct. 12, 1932, in Nunda Township the daughter of Ole and Sena (Kolstad) Thompson. She graduated from Emmons High School and on Aug. 16, 1952, was united in marriage to Harry Gavle in Glenville.

Maxine was an active member of Lunder Lutheran Church and had been employed by Security Bank and for over 30 years at Twin Lakes State Bank as a loan officer. After retirement she worked for many years for SEMCAC and was a volunteer at Mayo Clinic Health System in Albert Lea.

the casino and traveling with her husband. She enjoyed music, theatre and watching the birds. Maxine was an avid Minnesota Viking and Twins fan.

Maxine was preceded in death by her parents; husband, Harry; brothers Clifford and Duane Thompson; and sisters Alice Bidne and Norma Vermedahl.