Meet the man behind the potter’s wheel 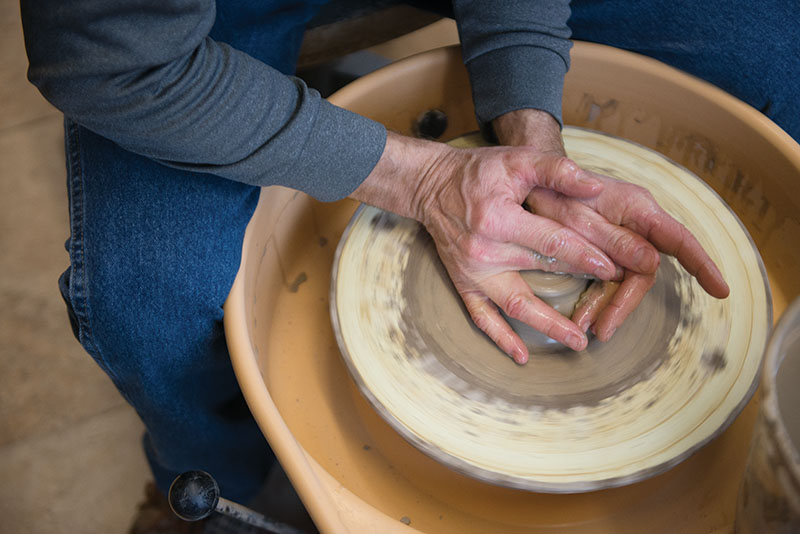 Tubbs said his interest in pottery initially sparked when the pottery wheel was introduced during a class in high school. - Colleen Harrison/Albert Lea Tribune 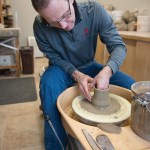 Each piece Tubbs creates is signed by him and is accompanied by a gift tag printed with an artist statement and use and care instructions. 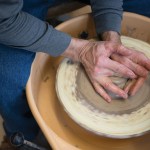 Tubbs said his interest in pottery initially sparked when the pottery wheel was introduced during a class in high school. – Colleen Harrison/Albert Lea Tribune 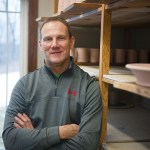 Steve Tubbs has an in-home pottery studio he uses to create the work he sells online across the country. 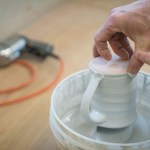 There are a number of different glazes Tubbs uses to bring color to his pieces. 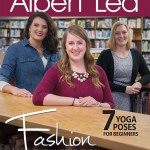 See this and other stories in the March/April issue of Albert Lea magazine available now.

Artist’s pottery is sold across the United States

An Albert Lea man has made nearly 40,000 pieces of utilitarian pottery over more than 35 years. Despite how many pieces he has created, however, he still strives to have each piece be his best.

Steve Tubbs is the owner of Steve Tubbs Pottery. He creates cups, bowls, platters and serving pieces. Tubbs supplies about 40 shops, ranging from gift shops to galleries and potters who have galleries.

“I actually sell to five potters,” he said. “They produce work and they sell it in a showroom attached to their pottery. And then they buy things from me to add to their assortment.”

A majority of the buyers of Tubbs’ products are on the East Coast. He also sells pieces to Albert Lea-based Sterling Drug and to individuals.

“There are certain parts of the country that are tuned in to handmade pottery more so than others,” he said.

“Shops represent my work all of the way in many states and in Canada.”

Tubbs, a 1979 Albert Lea High School graduate, works for Greg’s Grass & Landscaping. Tubbs and his wife, Debbie, used to own Ben’s Floral & Frame Designs and Lakeside Cafe & Creamery. Those businesses have since been sold.

Tubbs and his wife have twin sons, Joshua and Matthew, and a daughter, Christine.

He makes 20 to 40 items a day when he does not have to move snow for the landscaping business.

“I try to create a stockpile in the winter time for shops that order in the summer,” he said. “And, try as you might to guess what somebody is going to order, you don’t (know), so you end up having to make things.”

To make a mug, Tubbs has the clay shipped to him. Then, he works the clay in a process called wedging to homogenize it.

Tubbs divides the clay into 14-ounce balls. In a process called throwing, the mugs are formed with a target height of 4.25 inches.

Tubbs allows the body of the mug to dry to a state of leather hard. He then attaches the handle of the mug the following day. Then, in a process called bisque firing, the mugs are placed in a kiln. The temperature is set at 1,800 degrees and the glaze is then applied. Then, in a process called glaze firing, the mugs are placed in the kiln, and the temperature is increased to 2,200 degrees.

“I thoroughly enjoy it,” Tubbs said. “I enjoy the creative process of producing something by hand that is useful and beautiful and becomes part of someone else’s daily routine and life.”

Because Tubbs is a wholesale dealer, he needs to have the mugs he makes be consistent in quality.

“Just those three mugs are not exactly the same, and that’s fine,” he said. “But there needs to be a certain level of consistency when you are wholesaling, because you are meeting the buyer’s expectations.”

Tubbs said though he makes his pieces in groups, each piece is important.

“I usually make mugs in batches of 16, but every single one of those is important,” he said. “Each one of those needs to meet my standard of craftsmanship and quality and aesthetic experience. If at any point anything that I make doesn’t measure up to it, it’s taken out of the cycle. It’s trashed or not completed.”

Tubbs described how he views art.

“An artist is somebody that imparts their vision of beauty and, certainly in my case, function, into the work that they create,” he said.

Tubbs discovered his passion for creating pottery in high school.

“I continued my exploration of clay in college, first at Riverland College in Austin with James Wegner, and then at the University of Minnesota with Curtis Hoard and Warren MacKenzie,” he said on his website. “Pots are created in sequence, each pot teaching me something I can use as I strive to perfect the details that make a pot function in its task and be artistically expressive at the same time.”