ST. PAUL — The Minnesota House signed off Tuesday on a bill directing $105 million in federal funding toward transportation projects after a brief fight with Gov. Mark Dayton and a state agency over information about the money. 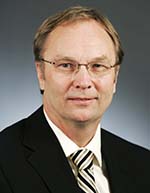 The 130-0 House vote opened the way for several projects around the state to get started after the Legislature and Dayton failed to agree on funding last session.

Republicans who control the chamber wanted to know how federal money figured in the projects. Rep. Paul Torkelson, of Hanska, renewed an old request for emails from the state Department of Transportation that hadn’t been fulfilled last session, but emails provided by the department were heavily blacked out. The agency said one of the reasons it withheld information was because it wanted to avoid revealing planning items in the governor’s budget.

Republicans slammed both the governor and the agency for their perceived secrecy.

Torkelson revealed on the floor Tuesday that Dayton had relented and told the agency to turn over all the information. And with the controversial aspect of the bill removed from the debate, House members quickly, and unanimously, passed the bill.

“This $105 million will get a few projects rolling,” Torkselson said. “The sooner this money is available, the sooner they can get to work.”