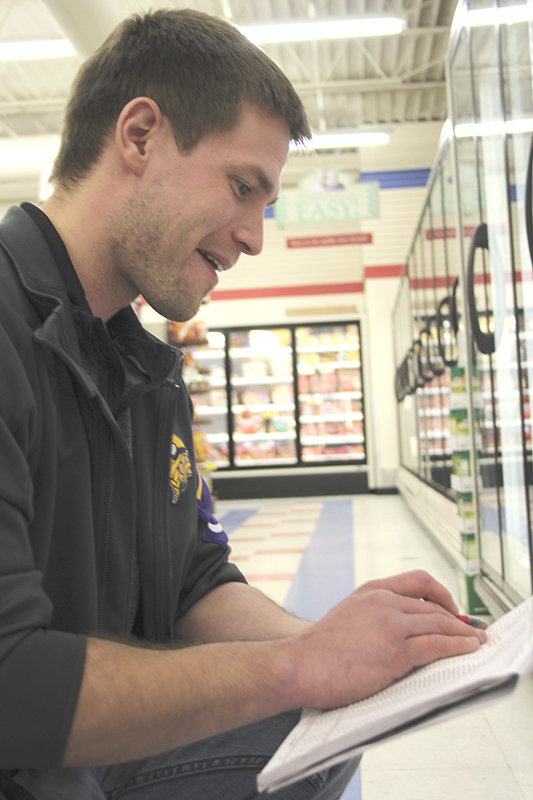 NEW RICHLAND — New Richland’s sole grocery store, Wagner Foods, is in new hands, but don’t look for a change in name just yet.

New owner Mitch Heimer, 25, said he’s more interested in getting people to walk in under the sign regardless of the name it displays.

This doesn’t mean other changes haven’t been in the works, though. Since officially taking ownership Jan. 1, Heimer has already done a renovation to move him forward with his goals of modernizing the store and increasing its efficiency — all while maintaining the small-town feel that gives the store its charm.

Heimer managed the store for two years before taking ownership from Pete Wagner in this year.

Wagner approached Heimer during his senior year in college at Minnesota State University-Mankato, where he studied public communication and journalism, to manage the store. The 40-minute drives back and forth from Mankato to New Richland turned out to be worth it for Heimer when Wagner asked if he’d be interested in owning Wagner Foods.

The decision to pass ownership to Heimer made perfect sense to Wagner, whose father, Dan Wagner, had previously sold a grocery store in Adams to Heimer’s parents. Between the seven years Heimer spent working at his parents’ store and then the two he spent managing Wagner Foods, the Wagners said they knew he was the right choice to take over when Pete Wagner moved out of New Richland.

“I’m really excited for Mitch,” Dan Wagner said. “It’s great to see a young couple move in that are willing to take on the challenges of owning a business in a smaller town.”

It’s difficult, but both Heimer and the Wagners agree that Wagner Foods offers what no one else can in town: It’s truly a full-service grocer.

Although the business has switched hands, the Wagners still hope to act as a group with Heimer when they run advertising for the other stores they are in ownership of.

Heimer said the community has been extremely supportive in his ownership of Wagner Foods.

“People come in all the time and introduce themselves to thank us for keeping the store going, but I really think we’re the ones who lucked out,” he said.

He and his wife, Liz, along with their dog, Hardee, and cat, Rue, made their move to New Richland official about a year ago with the purchase of a home in town.

His favorite part about owning the store so far?

“The people who work here,” he said. “I’ve been really fortunate to have inherited such a hard-working staff.”