Northwood man to serve up to 30 yrs. for sex abuse

NORTHWOOD — A Northwood man accused of sexually abusing a child under age 12 was sentenced this week to up to 30 years in prison. 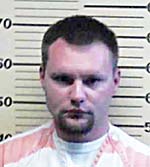 In an Alford plea a defendant does not admit guilt but acknowledges the state can likely prove the charge.

Kuhlmann was sentenced Monday to up to 10 years in prison on each count. District Court Judge Gregg Rosenbladt ruled the sentences must be served consecutively, for a total prison term of up to 30 years.

After he is released from prison, Kuhlmann will be under lifetime supervision by the Iowa Department of Corrections, with eligibility for parole.

He also must register as a sex offender when he is released from prison.

Three $1,000 fines were suspended, but Kuhlmann must pay court costs and a $250 civil penalty.