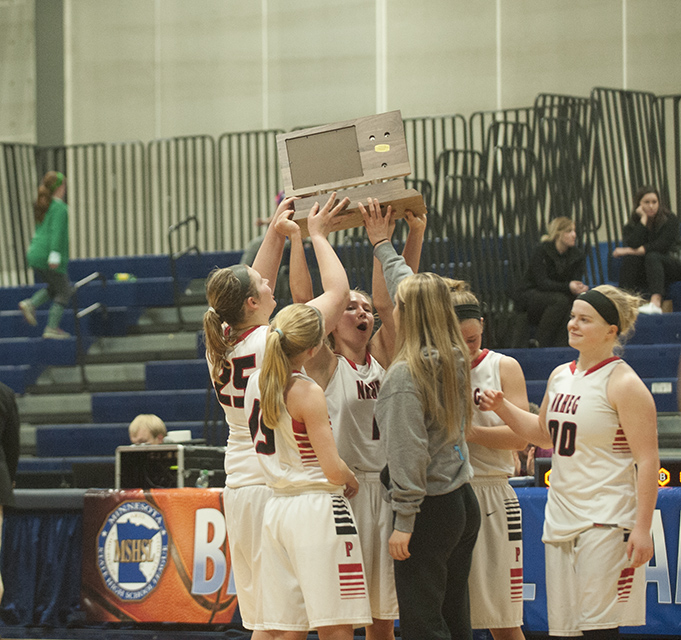 The Panthers used a 20-0 run split between the final minutes of the first half and into the second to pull away from the Eagles.

NRHEG got 20 points and nine rebounds from Betsy Schoenrock in the win. She led five Panthers who scored in double-figures.

There was no shortage of points in the first half for the Panthers. Led by Marnie Wagner and Schoenrock, NRHEG had its best first half of the tournament by scoring 38 points. 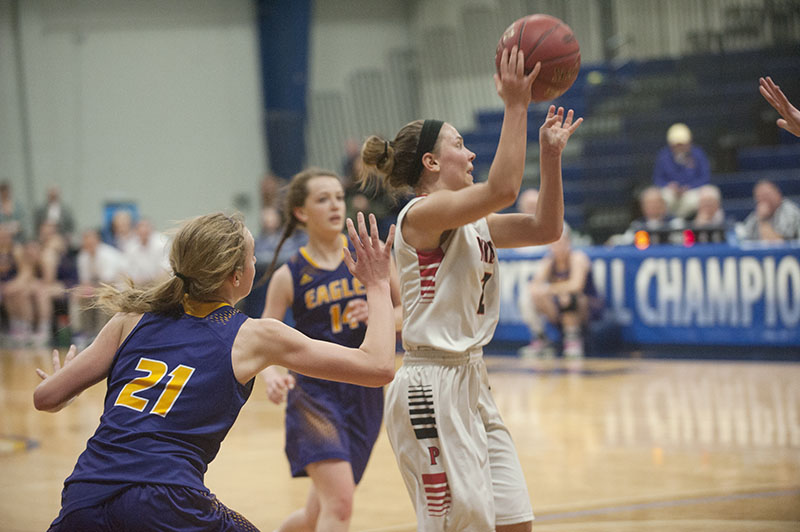 Marnie Wagner looks to dump the ball off to a teammate in the second half.

Marnie Wagner scored 11 points with most of them coming in the opening minutes.

She scored nine of her team’s first 13 points, including draining three triples to stake the Panthers to an early 13-8 lead.

Then Schoenrock took over.

She finished the first half with 13 points and seven rebounds, including scoring five of the team’s final 11 points of the half. She was a monster on the offensive glass, grabbing four rebounds and she turned two of those into points on her own.

NRHEG ended the half with a bang. Rachel Collins and Kayley Camerer hit three-pointers to end the half and helped the Panthers grow their lead to nine points. 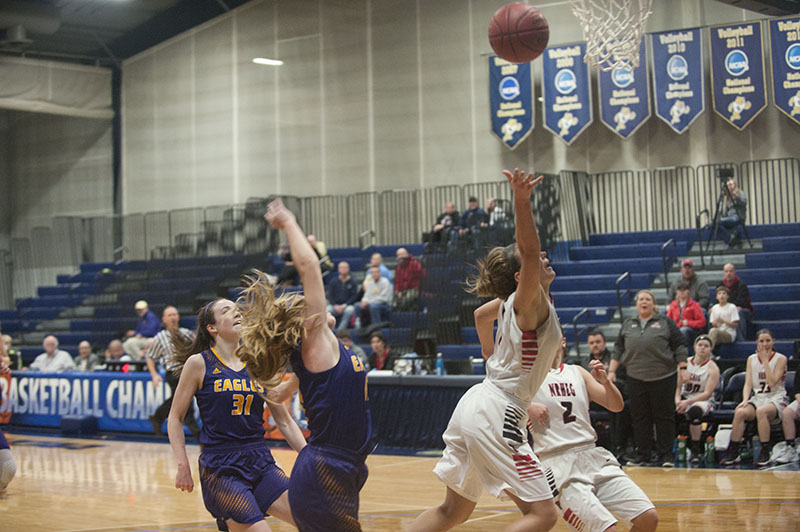 Maddie Wagner puts up a shot after getting fouled on her way to the hoop.

The threes kept coming for the Panthers to start the second half.

Camerer, Collins and Maddie Wagner each hit a three and NRHEG built on its 9-0 to end the first half and extended it to a 20-0 run when Marnie Wagner found Schoenrock underneath the hoop for two points.

Lourdes showed some resilience, cutting the deficit to 10 points when Anna Braun hit a three-pointer. But Marnie Wagner would add two free throws and Collins would hit another triple.

From there, NRHEG was able to coast to the win to claim fifth place. 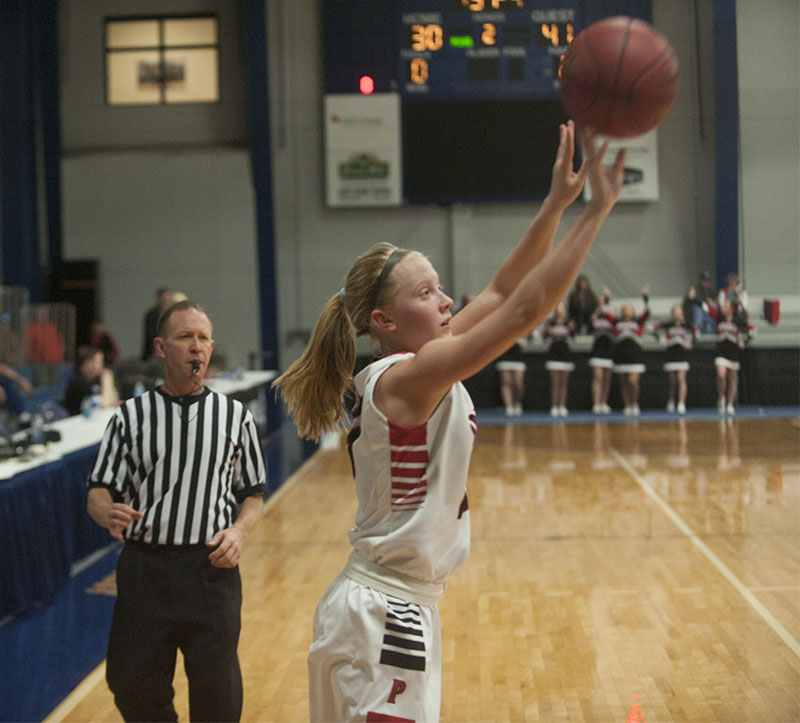 NRHEG guard Rachel Collins launches a three-pointer in the second half. She went 3-3 from three.

NRHEG ends its season with a record of 27-6.

More will be added to this story.