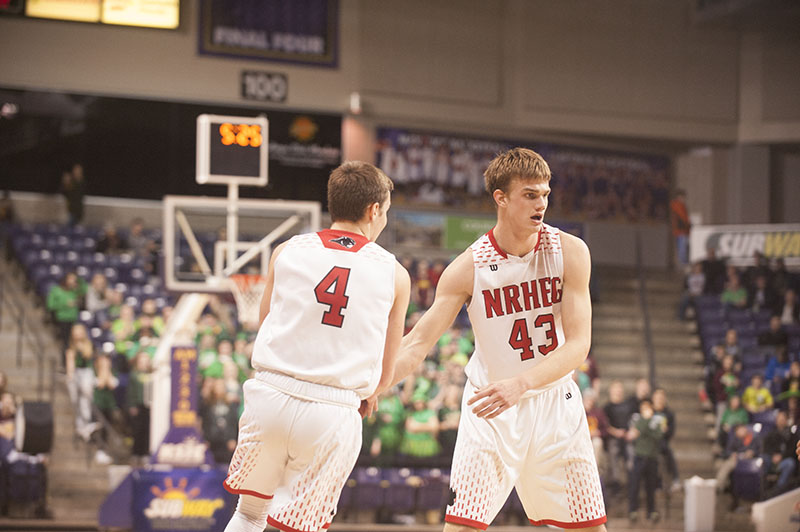 MANKATO — For the first time in school history, the NRHEG boys’ basketball team will participate in the Minnesota state high school basketball tournament.

The Panthers led wire-to-wire and escaped with a thrilling 65-64 victory over the Jordan Hubmen in the 2AA section final Friday night on the campus of Minnesota State University-Mankato. 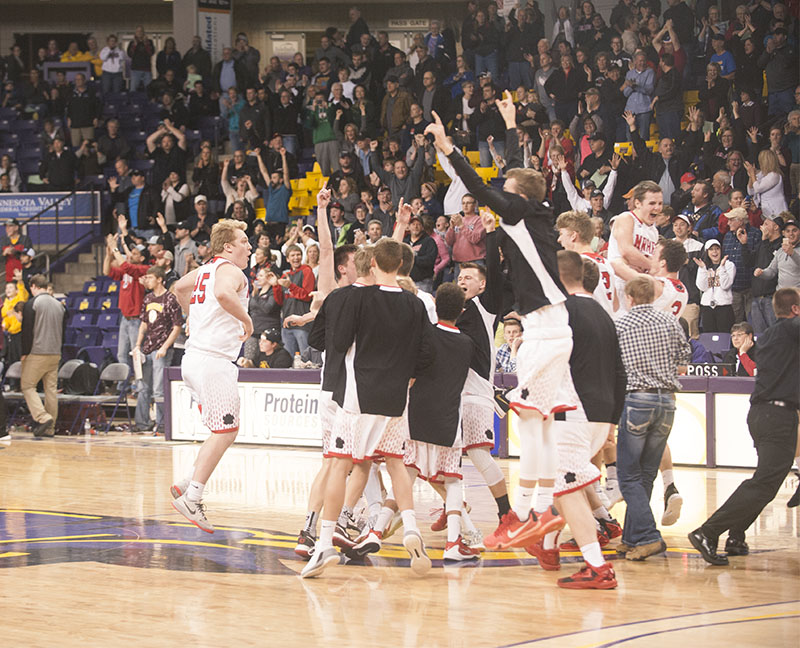 The Panthers had guys step up all night long.

From Sam Prigge hitting threes early on to Jack Schultz coming in so Tyler Raimann could get a rest before going back in the game, it was a total team effort for NRHEG.

“This was a team victory tonight,” Churchill said.

Raimann was the standout player for NRHEG on this night. He was disruptive on defense, active on offense and crashed the glass like a madman. He finished with 14 points and was credited with nine rebounds, but it seemed like he was closer to 20. 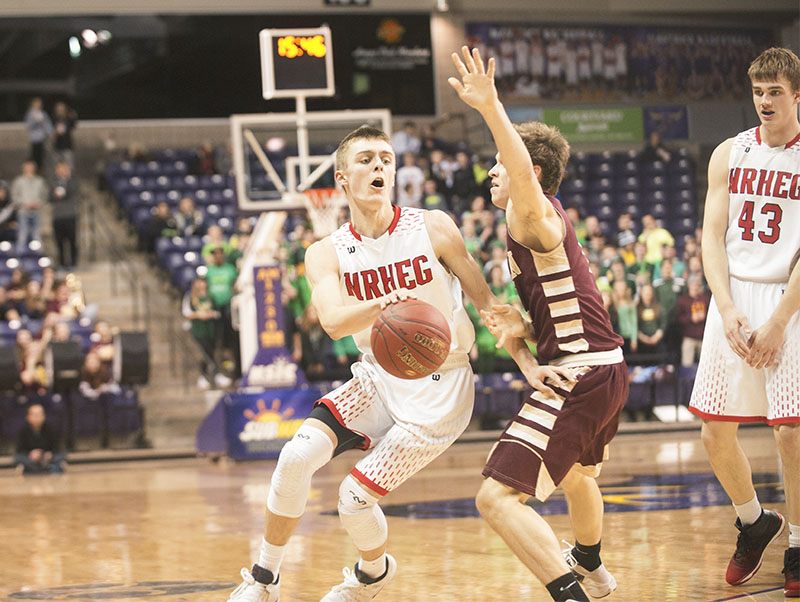 Panthers forward Oakley Baker gets fouled by Hubmen guard Zach Kes on his way to the hoop in the second half. Baker finished with 11 points and seven rebounds.

“(Tyler) was a beast in the second half with his scoring and defense,” Churchill said.

The Panthers played tough defense in the first half. Raimann and co. did a great job of limiting Jordan forward Jimmy Vollbrecht to just seven points in the half.

Meanwhile, NRHEG’s duo of Oakley Baker and Benji Lundberg bided their time and picked when they tried to score.

Depsite picking up two fouls in the half, Lundberg rallied to score all eight of his first-half points after picking up his second foul.

Baker got his teammates involved early. He skipped a pass over to Sam Prigge on the right wing and Prigge drained it to put the Panthers up 9-5.

NRHEG’s defense around the rim stymied Jordan for most of the first half. The Hubmen missed many shots within five feet of the hoop.

Later in the half, Baker stripped the ball from Jordan’s Eric Tiedman, dove on the ball to secure the steal, then saw Lundberg streaking down the court. On his side, Baker flipped the ball ahead to Lundberg for a layup that put NRHEG up 26-18, giving the Panthers their biggest lead of the half.

The Hubmen would find some offense late in the half.

But the second half would belong to Raimann.

The senior center made several big plays in the second half, especially on defense, where he emphatically blocked three shots and threw down a thunderous dunk in the final minutes.

NRHEG looked like it was going to pull away from Jordan several times, stretching its lead to seven and eight points.

The Hubmen put on a full-court press to speed up the pace of the game, and it worked. They got two straight steals off the press and scored both times to cut the deficit to four points at 39-35.

The two teams would volley points back and forth, and Jordan stayed in the game because NRHEG went 19-27 from the free throw line. But the Panthers also kept their lead because they got to the line that many times. 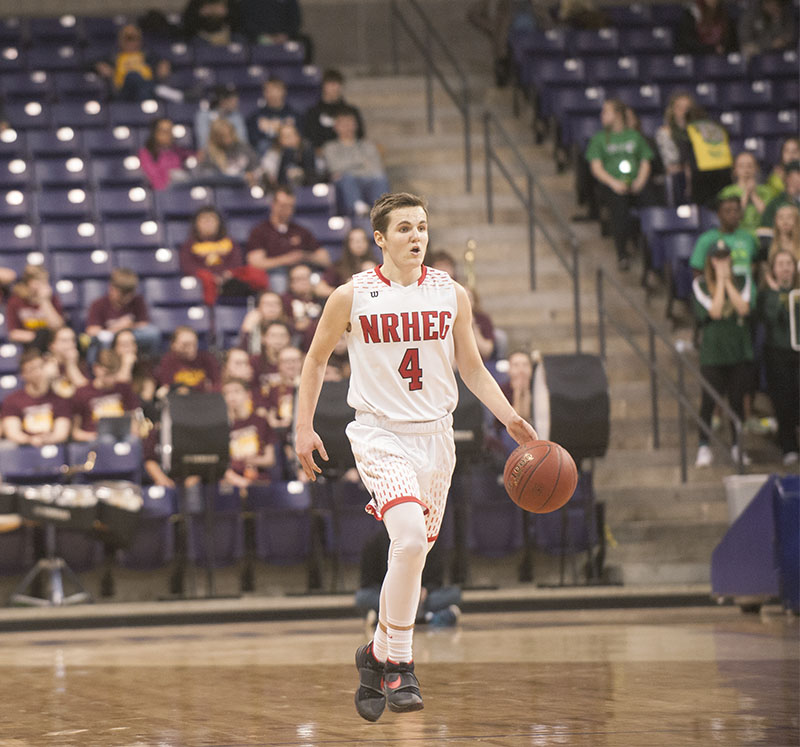 NRHEG’s Benji Lundberg brings the ball up the floor during the second half Friday night. He scored 14 points for the Panthers.

Baker sealed the game at the end with two free throws to make it 65-62.

Jordan scored a basket in the closing seconds, but NRHEG let the clock run out and that’s how the game would end.

“I am so proud of these guys,” Churchill said. “They’ve worked for this all year long and for them to do what they did, words can’t describe how proud I am of these guys.”

NRHEG will await its seed and opponent for the state tournament, which will begin on Wednesday.