The welcome was given by President Jo Hanson. Devotions were given by Joyce Fredin on the fruits of patience from the source “Listen to the Heart.”

The FLCW purpose statement was read by the group attendees.

Marge LaFrance introduced the speaker, Vicky Helland, from the Southeast Minnesota Community Action Council. SEMCAC includes seven area counties, but the Albert Lea office is the only one providing shelter in the area. This agency provides a wide variety of services for people including senior dining, energy assistance, crisis assistance and other support programs.

The group sang the hymn “Faith of Our Fathers” before it had the memorial service recognizing the names of those FLCW members who passed away in 2016.

Hanson conducted the business meeting. The secretary’s report was approved as printed with a motion by Bonnie Trampel and a second by Neva Mathison. Correspondence secretary Trampel reported on thank you notes received from John and Joan Holt, Jane Maiden and Good Earth Village. The Interchange newsletter will be placed in the library.

Janice Lestrud announced prayer partners are still available, if members didn’t previously sign up. She also had booklets available with details on the ELCA 10th triennial gathering, which will take place July 13 through July 16 in Minneapolis.

The confidential prayer chain is in need of new members, so the group was encouraged to consider that matter. Members should contact Hanson or Julia Tonder if they are interested.

As the church will celebrate its 100th anniversary in 2019, it was brought before the members a suggestion presented to the board of considering a cookbook of old recipe favorites and their history. This will be further discussed at the following general meeting.

The FLCW program was at 1:15 p.m. Feb. 8. The Rev.  Patsy Baglien presented Testimony through Music.

The fundraiser for Tim O’Shields seminary schooling was from 4 to 8 p.m. Feb. 11.

The group closed the meeting after singing the table prayer and stating the Lord’s Prayer. 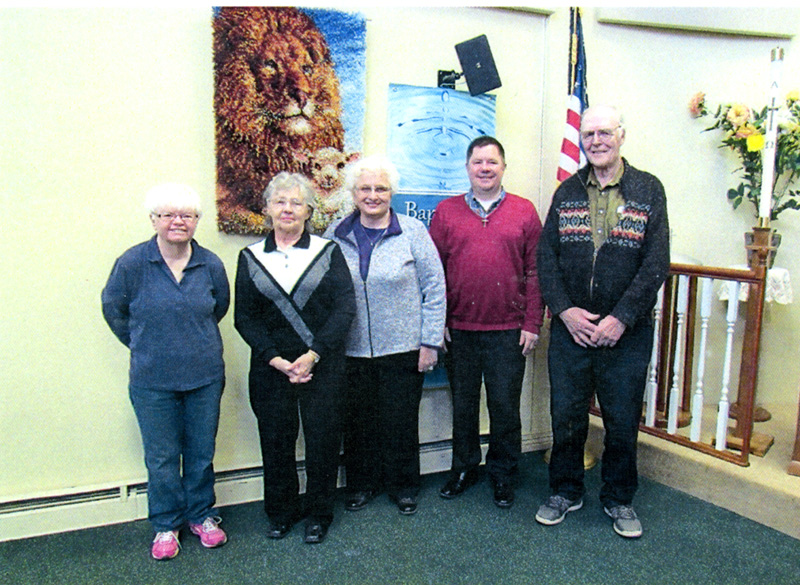 Secretary and treasurer’s reports were given and approved.

Churches thanked for serving Sunday coffee were First Lutheran Church in Albert Lea in January and Zion Lutheran and Grace Lutheran in February.

The annual fundraiser breakfast, bake sale and rummage sale will be on April 22.

Fully Rely on God had its annual Valentine’s party with pizza, Norwegian bingo, ice cream with toppings and signing of Valentine’s cards with food coupons. The event was Feb. 4 at Central Freeborn Lutheran Church.

According to a press release, 72 people attended and the clans of Carol Bertelson, Michelle Cardona and Phil Hensche were well-represented.

Kelsi Titus and Emery Brouwers were drafted to help co-chairman Bob Hanson with bingo games and prizes. Genie Hanson and Bev and Wayne Indrelie, the other co-chairs of the event, served pizza and ice cream.

The group thanked KFC, DQ South, Arby’s and Trumble’s for the food coupons, as well as Perkins for the bakery door prizes and the donor of a stuffed Valentine’s teddy bear.

The next FROG event is a coach bus trip. The bus will leave at 11 a.m. April 2 from in front of Wok N Roll in Albert Lea to a Church Basement Ladies performance of “Rise Up O Men.” Reservations are needed in advance and must accompany a $50 payment. No refunds will be given. Call 373-8655 or 826-3267 if interested.