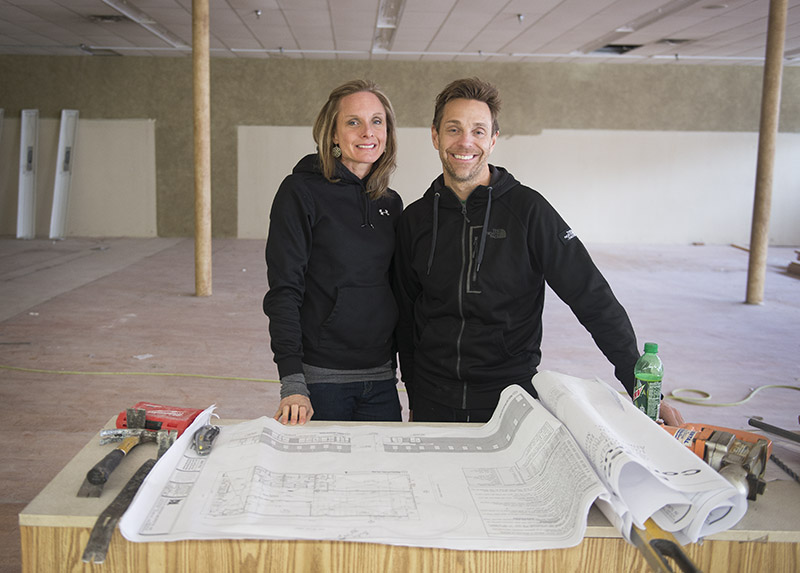 An Albert Lea couple is hoping to grow their business — while at the same time renovating a historic downtown building.

Joe and Mollee Tscholl became sole owners of Snap Fitness in October after several years of involvement with the business. They said it has been their vision to grow Snap Fitness, and after seeing that the former Sterling Drug building, at 148 S. Broadway, had not sold after a few years on the market, they said they felt like God placed the building in their laps.

“This project was just something that God kept providing a way for,” Mollee Tscholl said. “And the reality is that the reason we are standing in this building right now, is because he kept opening doors and making it happen. There’s really no other explanation.”

They have plans to renovate the building and open June 1.

The gym is presently in a strip mall off of Blake Avenue.

Joe Tscholl said their current space is 2,300 square feet, and

once the new space is completed, they will have 6,300 square feet. 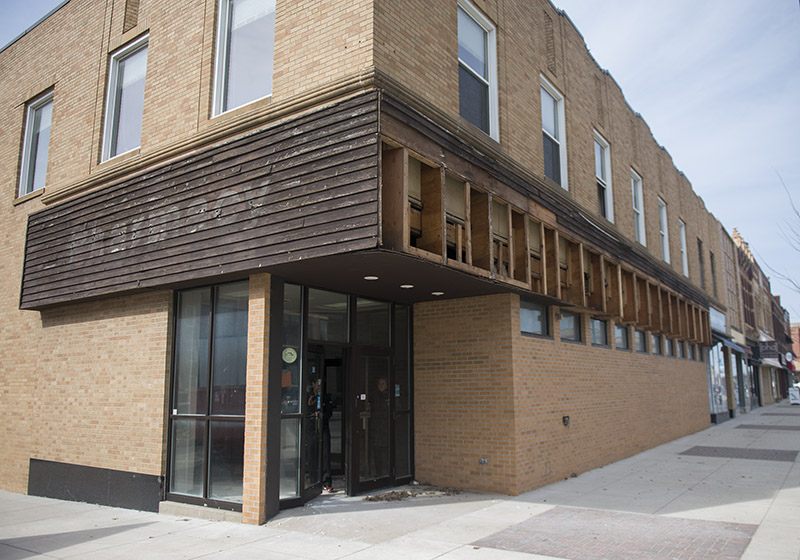 The Tscholls plan to open up the front of the former Sterling Drug building in downtown Albert Lea with large windows. Colleen Harrison/Albert Lea Tribune

There will also be space in the front of the building  where Between Friends boutique will be. The couple said Between Friends owner Becky Johnson was looking for a bigger space and will be renting the front end. There will be separate entrances for both businesses.

The Tscholls said they plan to have large windows in the front of the building, closer to what it was like in its earlier days. They are following guidelines through the Historic Preservation Commission.

Joe Tscholl said he liked the idea of being downtown and closer to Fountain Lake and said there is more of a community feeling there. He hopes the business will appeal to people who work downtown.

The gym will include a new studio room, where they hope to have classes, as well as changing rooms and showers for the people who use the gym. 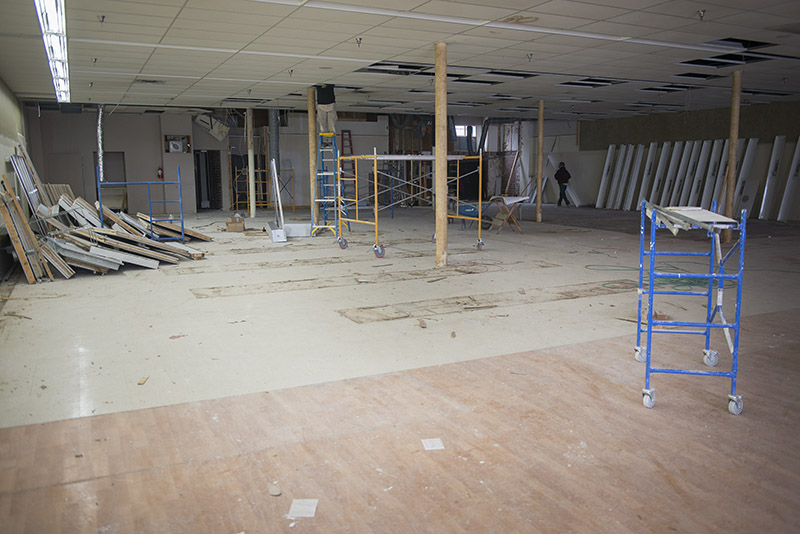 Though they could expand into the upper floor and basement floor someday, they said they do not have any specific plans for those floors now.

Mollee Tscholl said they are appreciative of the many people who have supported them in their endeavor. They hope to honor God through everything that happens there and hope they can add to the community.

“It’s overwhelming and heart-warming to think about,” she said.

Joe Tscholl said he hopes the gym can be a place where people can release stress and help strengthen their everyday lives.

The couple wants to show their commitment to the community through the project.

They said they plan to have a grand opening ceremony once the renovations are complete. The date has not yet been set.