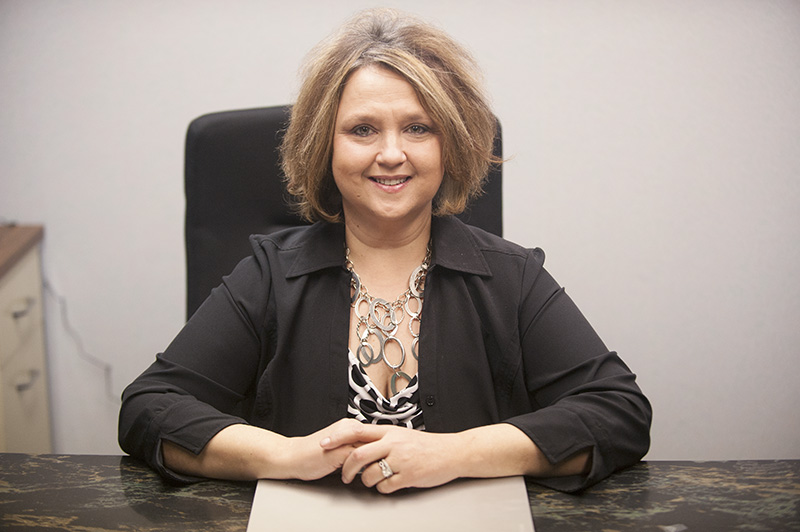 According to the Centers for Disease Control and Prevention, there were 12,400 home health agencies in the United States as of 2014 and 4.9 million patients who received and ended care any time during the year 2013.

Those numbers can only expect to rise as hospitals are not keeping patients as long after injuries and the cost of in-home care is far cheaper than moving into a rehab center or nursing home.

She said it was her calling, saying she has always had a passion for caring for others.

“I recognized my calling at a young age,” McGill said. “Both of my parents were in the nursing home, with my mother going into it when I was 10 years old. I was a caretaker of hers. I developed a passion for it.”

Upon graduating, McGill spent the next 12 years working for Mayo Clinic before meeting her husband, Al, who is a native of Albert Lea, in 2010.

The two got married, but health problems with him gave her the opportunity to care for him.

“I took a few years off work to care for him,” McGill said. “He had some health issues that forced him to retire and required me to take time off work, so I got out completely.”

McGill got back into the health field in 2013.

She did some part-time case management work for Sanford Health in Brainerd, where she was living part time with her husband at their lake home.

She started her business in February 2016 and has been spending most of her time working on the business side. She has two employees and is hoping to hire a third this month.

The reason she got involved in the business aspect was because nursing forced her out of work.

“I had some injuries to my back and neck that forced me out of bedside nursing,” McGill said.

As for the business, she said she has spent nearly the whole time of the business’s existence developing policies and procedures, looking at trends and budgeting.

“Patients or ‘clients’ are a lot more comfortable in the environment of their own home,” McGill said. “To me, it seems as if they almost recover more quickly. Some more benefits are the financial side of things. Even if we provided someone with around-the-clock care, it would be much less expensive than a nursing home.”

She said living at home can prevent a patient from getting sick.

A negative to in-home care is that a patient could self-neglect. Whether it’s not getting medication prescriptions refilled or having them expire, and not being able to properly bathe or get dressed — all present problems.

Her company also offers other services such as nurse consulting and nurse navigation.

McGill said she is in the process of getting Medicaid and Medicare-certified so she can potentially take on more clients.

“I would like to expand my business, but I also don’t want to make my employees feel like they are being overworked,” McGill said.

She has three children, with the oldest being 23 and the youngest being a senior at Albert Lea High School. In her free time, McGill loves to garden, attend horse shows, spend time with her children and go on vacations with her husband.

Her company hopes to open its first assisted living home later this year.

“Improving the quality of life for people and treating them with dignity is a big thing,” McGill said. “Making sure a person is right mentally, physically, emotionally and spiritually is crucial. I have been on both sides of the bed, as a nurse and a patient. That’s the most important thing.”