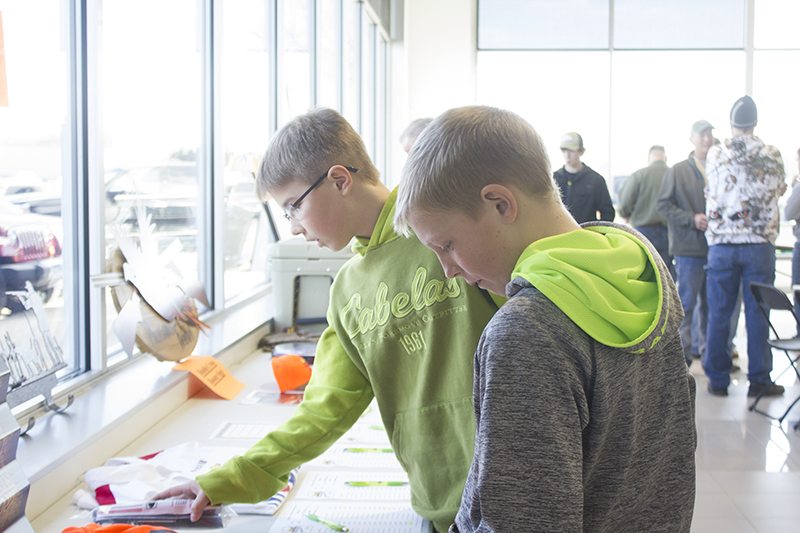 The annual fundraiser featured games, raffles and other activities.

Piggy Blues catered pulled pork and ribs, and the 112 on Broadway catered an on-site bar.

All children who attended were presented with prizes and gifts to increase their participation in conservation efforts. A women’s raffle was also featured.

“I don’t think a lot of people realize that,” he said. 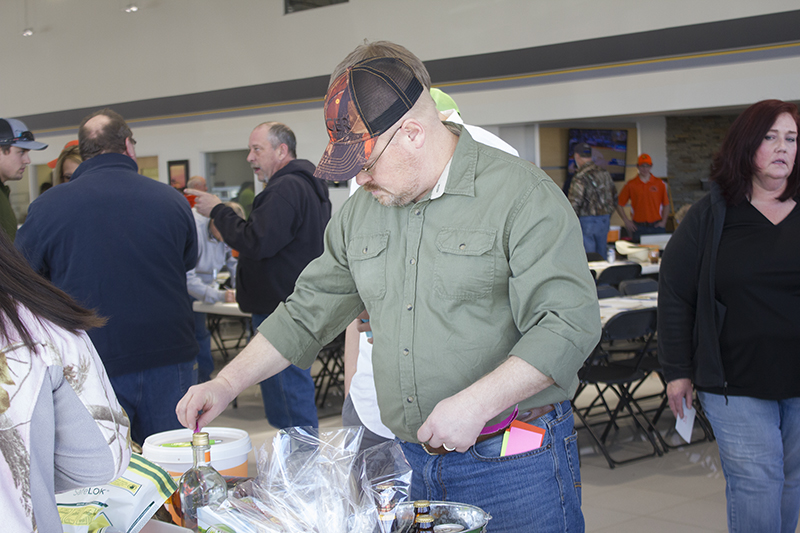 Bob Johannsen looks to win a prize on Saturday during the banquet. – Sam Wilmes/Albert Lea Tribune

Pheasants Forever is a conservation organization that was founded in 1982 in response to the continuing decline of the ring-necked pheasant population. According to its website, the organization is dedicated to the enhancement and protection of pheasant and other wildlife through habitat improvement, public awareness, education and land management policies that benefit wildlife and private landowners.

The organization has more than 140,000 members and 700 chapters nationwide while spending more than $500 million on habitat projects on more than 10 million acres in North America.

Avid hunter Orin Calhoun, who attended the banquet, said Pheasants Forever helps youth get involved with hunting and teaches them how to properly use a firearm.

Julie Nafzger, whose husband, Paul Nafzger, is the chairman of the event, said she was pleased more women attend the event each year.