Proposed budget would be ‘a big hit for families’

A local official is concerned of the impact President Donald Trump’s proposed budget would have on area impoverished families.

Jon Ford, executive director of the Albert Lea Housing and Redevelopment Authority, said if Trump’s budget is adopted, he expects a cut of about $80,000 locally to Section 8 housing and a $55,000 cut in public housing programs. 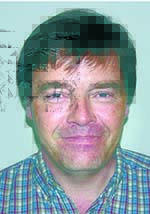 As of March 1, 190 families were on the local waiting list for Section 8 assistance. Ford expects the cut to Section 8 housing to result in 25 fewer families the HRA can serve on a monthly basis. He expects cuts to public housing to lead to slower and reduced services.

The city of Albert Lea in May 2016 was awarded a $526,000 grant through the Minnesota Department of Employment and Economic Development’s Small Cities Development Program, which receives funding from the federal grant program. The program provides downtown businesses grants and low-income loans over a five- to 10-year period. Exterior projects, such as roof, facade, electrical, plumbing, structural foundation issues and interior work, are eligible for funding.

According to Ford, even though the city will be able to capitalize on the current grant amount, the program will not be available in the future if the cut is implemented. Even if Trump’s budget request is not met, Ford expects funding to be reduced due to Republican majorities in the House and Senate.

“I would expect at least some cuts to that program,” he said.

“It has a pretty huge impact. That would be a huge loss to us as a state.”

According to the Washington Post, Trump’s proposed budget includes more than $6 billion in cuts to the Department of Housing and Urban Development. The plan would squeeze public housing support and end most federally-funded community development grams, which provide services such as meal assistance and cleaning up abandoned properties in low-income neighborhoods.

In media reports, White House budget chief Mick Mulvaney said the administration’s proposed cuts to a number of social welfare programs are compassionate to taxpayers because it stops government spending on programs that he said have been ineffective.

According to Mulvaney, savings on cuts to the Department of Housing and Urban Development would be funnelled into Trump’s infrastructure spending package.

Ford also expects local families to be affected by expected cuts to the Weatherization Assistance Program, which allows low-income families to save money on heating costs.

Ford said the cuts will increase the HRA’s cost of operation and decrease services for local residents. He also expects Trump’s proposed budget to negatively affect families who receive assistance from Semcac, Health and Human Services and Meals on Wheels — all programs that are utilized by public housing tenants.

“The people who are always impacted are the ones who are receiving those services,” he said.