Ray graduated from Kulm High School in 1956, where he lettered in basketball, football and baseball. He played basketball as a ‘Fighting Sioux’ for the University of North Dakota. He graduated in 1962 with a physical education degree and taught two years in the Grand Forks school system. He then completed his masters degree in educational administration in 1964. He 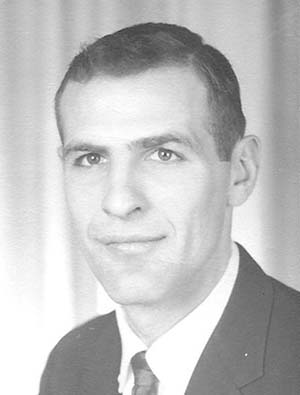 was a high school principal in three school districts and coached in all of them. During his 10 years at Emmons, he coached his basketball team to a district basketball championship and his football team to a conference championship. Both were highlights in his life. He was the high school principal of the Sherburn-Dunnell School District for 10 years and also coached the girls’ basketball team, winning three conference championships. He was then the high school principal and athletic director for the Martin County West School District with the combining of Trimont, Welcome and Sherburn-Dunnell districts. He was especially proud of the smooth transition between the participating schools. In 1994, Redbook magazine chose Martin County West as “One of the Best Schools in the U.S.”

Ray was the secretary of the Valley Conference for several years and officiated football, basketball and softball. He officiated at the Minnesota State Softball Tournament a number of years.

Ray was particularly pleased that his four children and a daughter-in-law all graduated from his alma mater and that they are all working in their major fields. Ray is a member of the Minnesota Athletic Directors Hall of Fame. He was a long time member of the Lions Clubs in Sherburn and Rosemount, and he is a past district governor of the Sherburn Lions Club.

Ray was preceded in death by his mother and father; three brothers, Leonard, Clifford and Lyle Herman; and one sister, Marian Hacker.

Memorial services will be at 11 a.m. Monday at Shepherd of the Valley Lutheran Church, 12650 Johnny Cake Ridge Road in Apple Valley. Visitation will be from 5 to 7 p.m. Sunday at Henry W. 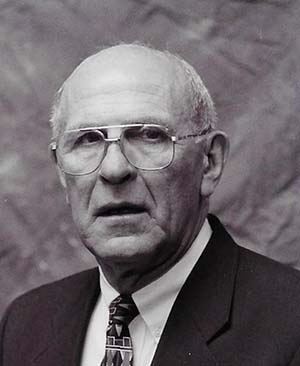 Anderson Mortuary, 14850 Garrett Ave. in Apple Valley and one hour prior to the service at the church.