Residents celebrate agriculture with a little humor at luncheon 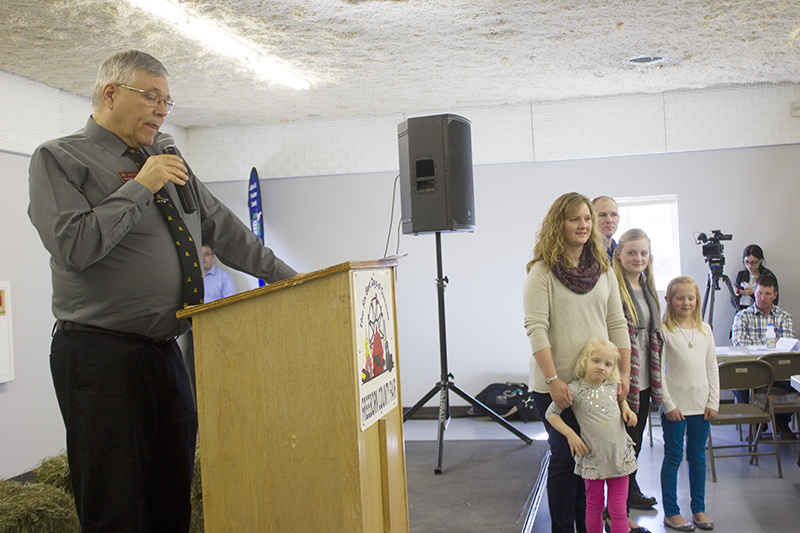 The Westrum family is recognized as the 2017 Farm Family of the Year on Tuesday at Freeborn County Fairgrounds during the Albert Lea-Freeborn County Chamber of Commerce agriculture luncheon. — Sam Wilmes/Albert Lea Tribune

A nationally known comedian on Tuesday provided a room full of community leaders and residents with a bevy of laughs, while reminding them of the crucial role farmers play in society.

Guest speaker and farmer Jerry Carroll intertwined humor into a message of the necessity of being safe while farming during the annual Albert Lea-Freeborn County Chamber of Commerce agriculture luncheon and Farm Family of the Year recognition ceremony at the Fairlane Building.

Carroll recalled flying over a portion of rural farmland with a fellow traveler who made a disparaging comment about rural land. Carroll remembered reminding him the important role rural America plays.

Past farm families and the 2017 Farm Family of the Year — Tim and Jody Westrum and their daughters Lara, Bryn and Nora — were also recognized. Lunch was provided.

Carroll, who grew up near Raleigh, North Carolina, congratulated the Westrum family for the recognition.

“It’s so awesome to be recognized by your peers, your family members and your friends in the neighborhood,” he said. 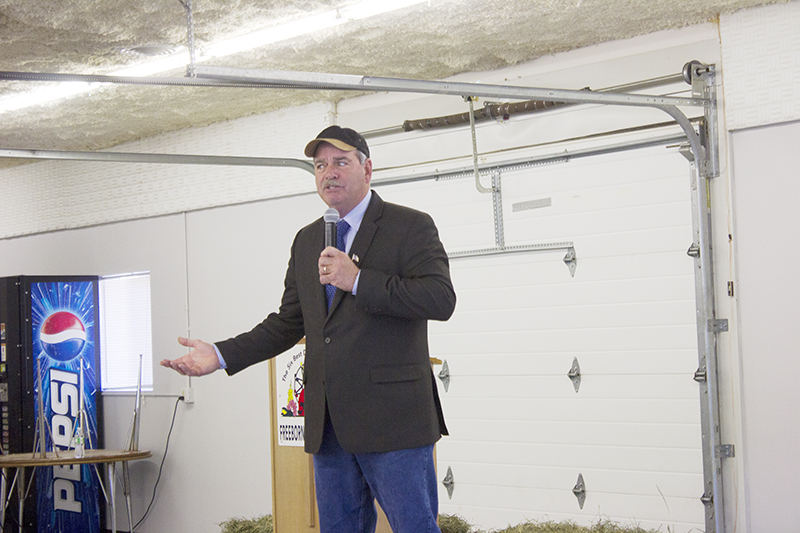 Carroll discussed being a tobacco farmer until 1998 and cracked jokes about a recent law passed in North Carolina that requires students attend school and pass classes to play sports. He also discussed a law passed by the state Legislature that bans using tobacco in an indoor facility or park.

“In North Carolina, a state with two towns named Winston and Salem,” he said.

“They said the Lord blessed me with three daughters, but I am pretty sure he had nothing to do with that,” he said. “I’m pretty sure the devil was heavily involved in all three of them decisions. But he blessed me with six beautiful granddaughters. And that proves to me the Lord has a great sense of humor. Yes, she does.”

Carroll, who has opened for such acts as Michael Bolton, Patty Loveless, Lyle Lovett and Larry Gatlin, has performed across the United States and in Canada.

This was the 12th annual agriculture luncheon, which is hosted by the agriculture committee of the chamber.