A retired United South Central educator has been charged with nine felony counts in Faribault County District Court after he was allegedly found with at least 500 images and videos of child pornography last week. 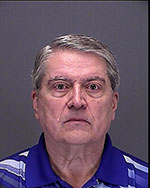 Court documents state Degner was charged after the Wells Police Department and Faribault County Sheriff’s Office assisted the Minnesota Bureau of Criminal Apprehension Internet Crimes Against Children Unit with an investigation on Friday.

An IP address was linked to Degner’s email and phone number.

Court documents state law enforcement conducted a search warrant of Degner’s home that day. Degner reportedly admitted that a flash drive found in his bedroom contained a combination of at least 500 videos and images of child pornography.

Degner was a longtime USC educator and retired as technology director in spring 2016.

District Court Judge Michael D. Trushenski set conditional bail for Degner at $25,000 on Monday. Degner was not in custody Monday afternoon. His next court appearance is scheduled for April 17.

USC Superintendent Keith Fleming declined to comment on the case on Monday.

An Albert Lea couple is hoping to grow their business — while at the same time renovating a historic downtown... read more