Ronald A. King of Hollandale died Friday, March 17, 2017, after a long illness at Good Samaritan Society of Albert Lea. A family service will be in August with military honors. 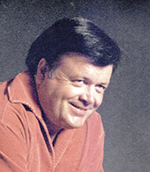 Ronald was born May 26, 1939, to parents Fletcher E. and Ada E. (McWha) King. He attended grade school in Maple Island and Hollandale and graduated from Albert Lea High School in 1957. Ron joined the Marine Corps that August and served the country proudly for nine years. He was honorably discharged in October 1966. He worked as a Brinks branch manager in California for years. He moved home to Hollandale 10 years ago to be close to family. Ron’s favorite pastimes included writing poetry, oil painting and caring for his pets.