The Southeastern Libraries Cooperating board of trustees has appointed Krista Ross as the new executive director of the library system. Ross will assume the role on April 24. Current executive director Ann Hutton will retire on May 1, but will be available afterward to assist in the transition.

Ross is the current director of the Southwest Wisconsin Library System, headquartered in Fennimore, Wisconsin. According to a press release, Ross’s experience includes work in large and small public libraries in Illinois and Wisconsin and service as Wisconsin Library Association president and board member. 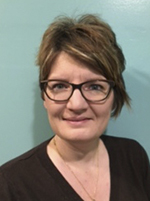 “I’m so very honored to be the next SELCO executive director,” Ross said. “I’m excited to work with such awesome libraries, trustees and staff.”

Four candidates were interviewed in person following a nationwide candidate search and a series of telephone interviews.

SELCO, Southeastern Libraries Cooperating, is a regional library system based in Rochester. Its members include academic, public, school and special libraries.