Special ed cooperative gets off to a strong start 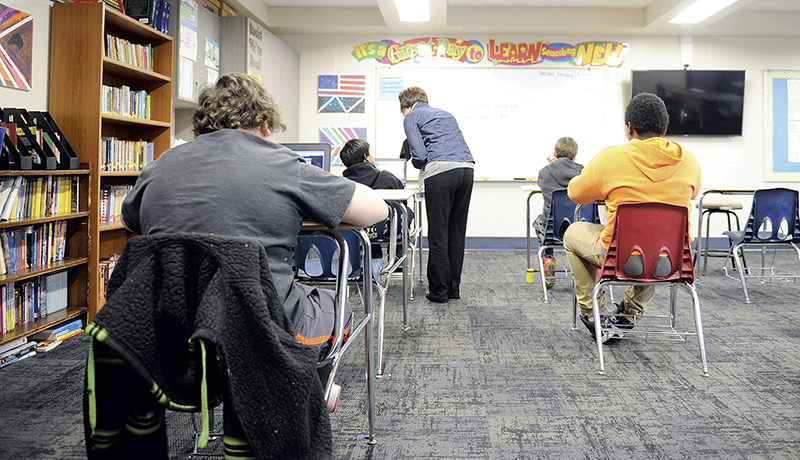 Both students from Austin and Albert Lea have been happy to take up classes in the new Austin-Albert Lea Special Education Cooperative. - Eric Johnson/Albert Lea Tribune

A few of the children, with the most severe of needs and who can be uncommunicative or combative, “made significant progress since coming into our building. They think of it as ‘our school, our place,’” she said.

That first day found the children talking excitedly about “a place just for us,” Venem said. “Their eyes were like saucers. Some were glued to the windows — we did not have windows before.”

Many people and agencies have worked to make sure the newly-renovated, $3.8 million cooperative was, indeed, the right place for kids with the most special of needs. The cooperative, now called the Oakland Education Center, opened in January to serve 48 children from schools in Albert Lea and Austin. There are eight teachers, six mental health professionals and 12 paraprofessionals in the building. Students have two hours of social skills instruction and the balance of the day is focused on study.

About three-quarters of the kids are from Austin, and the other fourth, from Albert Lea. 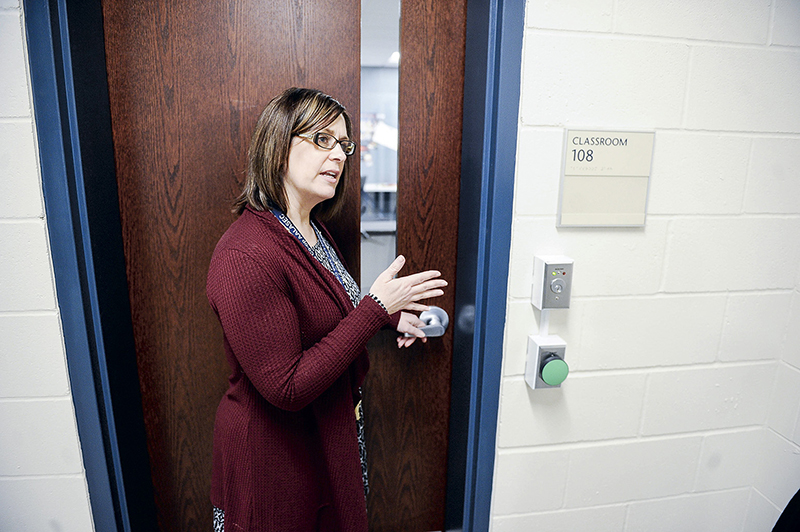 Austin-Albert-Lea Special Education Cooperative Director Heidi Venem talks about the doors throughout the building, many of them with keypads to let people in that can help prevent students from wandering. Eric Johnson/Albert Lea Tribune

One hallway is dedicated to children diagnosed with emotional and behavioral disorders (EBD) while Students with Unique Needs (SUN) are housed in another wing.

Unusual for this kind of center isn’t that it is a separate facility from the schools, but that its mental health services are offered on-site. Each classroom has a teacher, a mental health interventionist and a paraeductor. Students who would otherwise need to see a mental health professional in the past would have had to attend an institution, such as Gerard, for the services.

“School districts are required to offer a full continuum of services, so most districts, except very small districts, have access to some type of separate site school,” explained Sherri Willrodt, head of special education services for the Austin district. “What makes our site unique is the access to the significant level of mental health services.”

Less trips taken outside the building, said Venem, brings fewer distractions for kids who can easily find themselves off-task. Providing an educational setting for the student who does not need to leave for other services makes a big, big difference in a child’s life. Fewer distractions also mean fewer disruptions and emotional melt-downs, Venem said, that can also affect other children.

Their building — previously known as the Corcoran Center — was once a Catholic school for St. Edward’s Catholic Church and, then later, a day care.

The board unanimously voted on Dec. 14, 2015, to partner with Albert Lea after a partnership with four other school districts fell through earlier that year. The plan was to form the new cooperative with Albert Lea Public Schools — the Austin Albert Lea Area Special Education Cooperative — to provide specialized services and programs for the students. The building was purchased in 2016 and construction began almost immediately with Wagner Construction of Austin. The building was readied for opening under the careful eye of Mat Miller, director of facilities for the school district.

During the first part of the school year, students were housed at the annex across from Austin High School, or in part of Neveln Elementary School. But by the second semester, the kids were in their new facility. 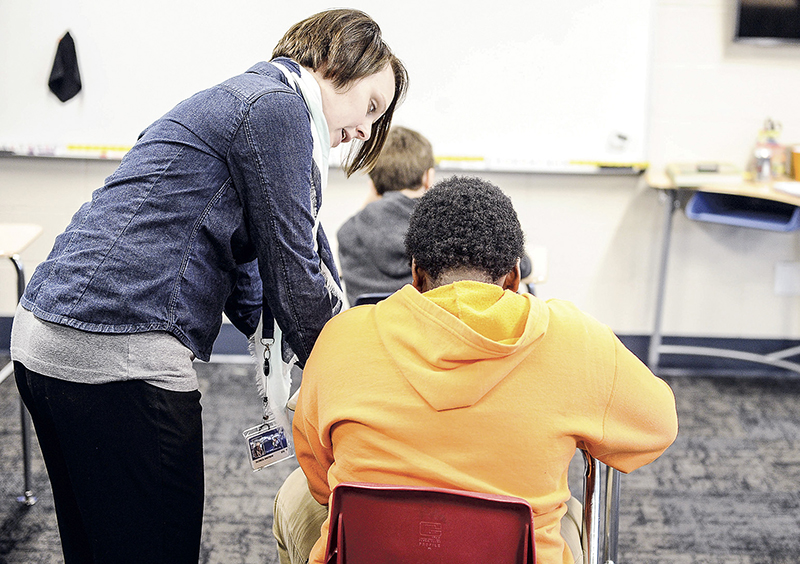 With lots of input from administration and staff, a new facility geared uniquely toward the needs of the students took shape.

Venem said the spaces are larger and designed specifically for students with special needs.

Doors lock when they are closed and students cannot leave or enter without knowing a keyed number. The security is essential in the school and prevents the occasional student from wandering away. Furniture is geared toward calming students, too, from small chairs that rock — a quiet way to keep a child composed — to high desks, that allow a student to stand if needed. Some rooms have quiet areas, while others have rooms that are like mini-classrooms, intended to allow a child to have alone time but still is able to study.

One bathroom has a shower, too, for children who need one. The district invested in Big Hugs, a body-length piece of equipment that calms the person wearing it.

“I would say the individualized learning spaces, access to advanced technology, and access to life skills areas — the cooking and laundry facilities, gymnasiums, sensory room — are some of the most impressive features,” agreed Willrodt. “We feel very fortunate to have this excellent space to offer services to meet the unique needs of our students.”

Venem said it is a building that has come into its time.

“We know so much more now, today, than we once did; we have a better understanding of services kids need and we are able to provide them,” she said.

Venem lives in Albert Lea and served as a teacher in the Albert Lea system before coming to the center. She comes to the center “because of the challenge that some present, and that challenge of getting them the services they need,” she said. “I’ve always had a passion for these students.”

The net of services might be thrown wider in the future. Venem is already fielding calls from other school districts, inquiring about possible placements.

But for right now, she said, she will wait until students settle in and all staff is in place.

“The first thing we want to do is make sure that all Albert Lea and Austin students are served,” she said, adding some staff positions had yet to be filled.

In the future, there may be openings; it was anticipated that 90 students could be accommodated.